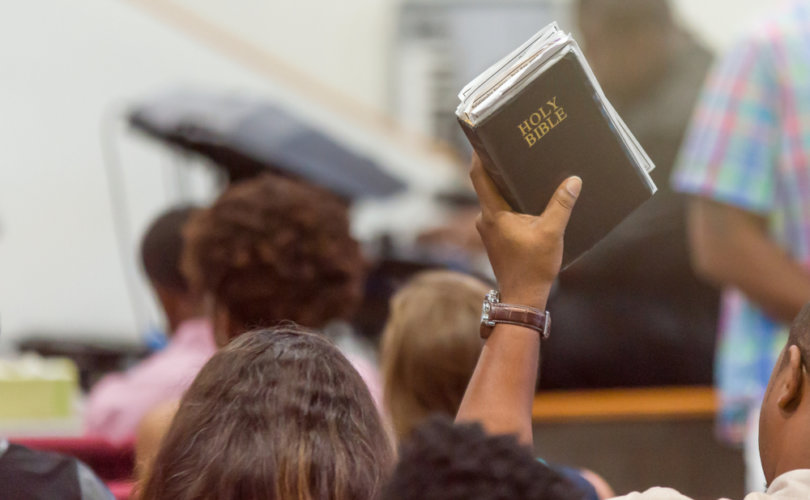 March 26, 2019 update: This report has been updated with more material from the court ruling.

PRETORIA, March 22, 2019 (LifeSiteNews) – In South Africa, a high court ruled that the Dutch Reformed Church’s return to its teachings that marriage is for one man and one woman amounts to “discrimination” against homosexuals.

Court documents reveal that in 2015 the Dutch Reformed Church abandoned Christian teaching, giving recognition to the status of civil unions between persons of the same-sex that are characterised by love and fidelity.”

The following year, however, the  Dutch Reformed Church reversed its new policy after outcry from local churches. The result was that homosexuals could no longer be ordained as ministers, and furthermore, ministers were no longer permitted to solemnise same-sex civil unions.

On March 8, the Gauteng Division of South Africa’s High Court in Pretoria declared that the Dutch Reformed Church's return to it's former teaching was “unlawful and invalid,” ruling that the church may not exclude certain members of the church from the full and equal enjoyment of the rights and freedoms offered to all of its members. This would include allowing “marriage” for same-sex couples.

“If a member of the [Dutch Reformed] Church is permitted to study to become a Minister in that Church, but disallowed to engage in his or her profession only due to the fact that he or she would be in same-sex relationship, there is an inherent contradiction in the conduct of the Church,” the court ruled.

The High Court held that the Dutch Reformed Church had discriminated against homosexuals during South Africa’s apartheid era and before the promulgation of the country’s current constitution. South African Justice Edwin Cameron wrote with regard to past discrimination:

The sting of the past and continuing discrimination against both gays and lesbians lies in the message it conveys, namely, that viewed as individuals or in their same-sex relationships, they do not have the inherent dignity and are not worthy of the human respect possessed by and accorded to heterosexuals and their relationships. This denies to gays and lesbians that which is foundational to our Constitution and the concepts of equality and dignity, namely that all persons have the same inherent worth and dignity, whatever their other differences may be.

Professor Pierre De Vos, who teaches constitutional law at the University of Cape Town, suggested in an op-ed that the wavering with regard to its teachings about homosexuality may have brought the Dutch Reformed Church to its loss in court.

De Vos wrote that the church was “conflicted” about the issue of homosexuality and homosexual ordained ministers, and that “it did not hold a particularly strong religiously inspired view that its religious doctrine required it to discriminate against gays and lesbians.” The court wrote that the church “was split on its interpretation of the Bible pertaining to same-sex marriages and leadership in the Church based on sexual orientation.”

DeVos wrote that the Dutch Reformed Church’s decision in 2016 to revert to its previously held views about homosexuality could “hardly be said to be to be a central and well-settled tenet of the doctrines of the Dutch Reformed Church.” It was not surprising, DeVos wrote, that the court ruled that there “was no pressing religious purpose to justify the discrimination against gays and lesbians.”

While it remains to be seen how the Gauteng court ruling will play out in the remainder of South Africa, DeVos wrote that the country’s courts may be “tilting  towards the protection of individuals harmed by religious beliefs and practices and may in future be less ready to give religious institutions a free pass when they do discriminate.”