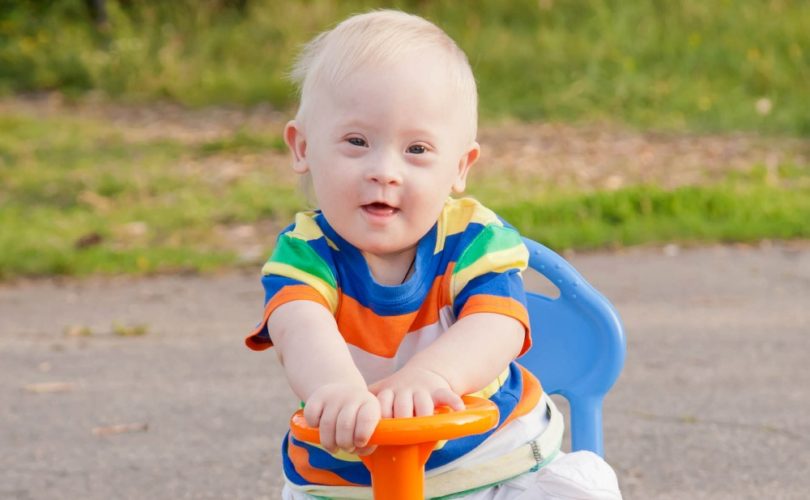 A South African woman has launched a “wrongful life” lawsuit against the Cape Town-based Foetal Assessment Centre, claiming a failure to inform her that the child she was carrying was at risk of having Down Syndrome prevented her from aborting her baby.

A twist in this lawsuit is that, unlike other “wrongful birth” lawsuits, the mother in this case missed the time limit to file the claim on her own behalf, so she is asking the South African Constitutional Court to allow her to sue the center for “wrongful life” on behalf of her now-born son.

“You have a duty to tell my mother carrying me that I'm malformed so that she can make an informed decision as to whether or not to carry me to term,” the statement of claim against the Foetal Assessment Centre reads, according to SABC News.

“It is not as if the foetus is sort of putting up its hand and saying why you didn’t destroy me,” the mother's lawyer, Paul Hoffman, explained to Deputy Chief Justice Dikgang Moseneke. “The foetus is complaining that its malformation, its development is the result of the bad advice that was given.”

The SABC report did not say what compensation the woman is seeking.

The scope of the case is similar to that of a New Zealand couple who won a lawsuit claiming monetary compensation after a routine 20 week ultrasound scan failed to discover that their daughter had spina bifida.

The mother, whose name has not been released, claimed that the continuance of the pregnancy was a “personal injury,” and, had she been given the correct diagnosis after that scan, she would have aborted her daughter.

“We consider that the continued pregnancy of the appellant following a misdiagnosis in the 20 week scan is capable of being an injury suffered by the appellant,” the court ruled, and directed the New Zealand Accident Compensation Corporation (ACC) to make the woman eligible for compensation for the ongoing surgical and physiotherapy expenses incurred by their child.

New Zealand disability advocate Mike Sullivan said the underpinning attitude behind the decision is that those with disability, both born and unborn, are seen as a burden on society.

“This is what happens,” Sullivan said, when “the children become reduced to nothing – wrong even to exist.”