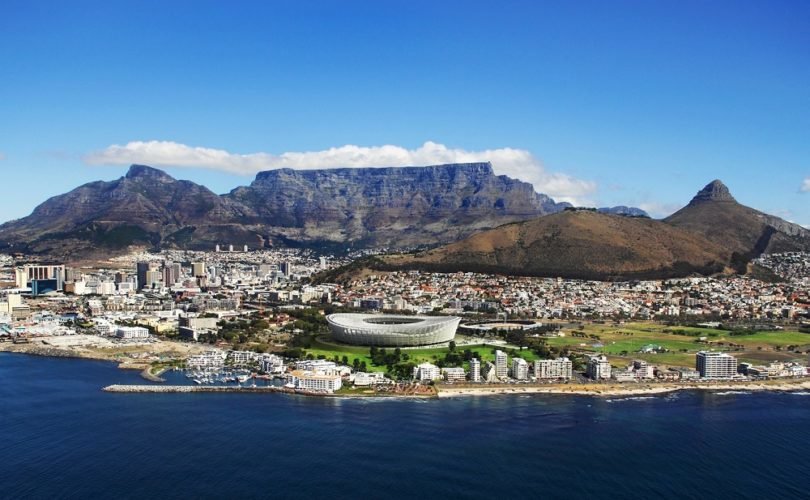 CAPE TOWN, September 14, 2015 (LifeSiteNews) – South Africa's highest court is poised to uncork a powder keg as it decides whether it has any business second-guessing the country's Methodist Church for firing a pastor in 2010 who announced her same-sex engagement.

The surface issue is incendiary enough: were the Methodists unfair to the Rev. Ecclesia de Lange? But far more significantly, if religious freedom means anything at all, shouldn't it mean that churches that consider homosexuality to be against God's law can fire their employees for breaking that law, without having to defend their actions in secular courts?

Both sides agree that it is a crucial case. Declared Nadene Badenhorst of Freedom of Religion South Africa (FOR SA): “This is undoubtedly the most important case for religious freedom and the autonomy of the church that has ever come before our courts, and one that could open the door to the courts dictating to the church what she may and may not believe, preach and how she should govern her internal affairs.”

On the other side of the cultural divide, the pro-homosexual Mamba Online site put it thus: “The court could confirm that religious belief is not a basis on which to discriminate against gays and lesbians, or otherwise possibly agree that this is allowed.”

While the Constitutional Court's hearings, just ended, were tasked with deciding only whether to hear the case at all after de Lange lost three times in the lower courts, the Court nonetheless asked the Methodist Church to present evidence that it has a rule against same-sex marriage. This suggests, according to FOR SA, that it is leaning toward hearing the appeal itself.

De Lange's lawyers argue that the Methodists have no such rule and that, instead, they have been debating the issue for a decade without resolution. But the Methodists told the lower courts the fact that the church never performed same-sex “marriages” was de facto proof of a rule.

“Ministers are wholly forbidden from getting married under civil law outside the auspices of the church,” their lawyer said, “and will be disciplined and face possible discontinuance if they do so. Ministers have never been allowed to either administer or enter into a same sex marriage.”

De Lange's legal team counters that the church accepted her homosexuality and allowed her to live with her lover in the manse, objecting only when she announced her marriage, which was legal in civil law. This, therefore, violated the constitutional ban on discrimination on sexual grounds.

The news media have portrayed de Lange as a David fighting “against the might of a historically established religious institution,” ignoring that she has the support not only of several powerful homosexual organizations, but also the country's Human Rights Commission and Gender Equality Commission. Their public statements indicate they see religious belief and religious freedom as obstacles to full equality for homosexuals. The media shows no sign that it places any value on religious freedom at all.

The Methodists are supported by the African Christian Democratic Party and other churches, as well as FOR SA's six million members. Acknowledging that some among these support same-sex “marriage,” FOR SA nonetheless urges united prayer against the Constitutional Court deciding to hear the appeal. Once it decides it can rule on internal church hiring practices, it is “a slippery slope” to the time when it will prohibit churches from even preaching the Gospels.

Warns FOR SA, the courts will be “dictating what the Church (and therefore, also its members) may and may not believe, and may and may not preach – what is acceptable, and what is not [and] forcing the Church (including pastors and members) to act against their conscience, religion and belief.”