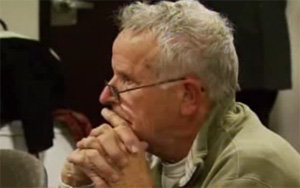 SOUTH BEND, IN, July 1, 2015 (LifeSiteNews) – A troubled abortion facility that stands accused of subpar practices – and failing to report a statutory rape in accordance with state law – may finally see its doors close.

Dr. Ulrich “George” Klopfer, a resident of Illinois, used to perform abortions in three locations in the state of Indiana, including at the Women's Pavilion in South Bend. However, pro-life complaints and state investigations may close this facility for good.

On June 3, the Indiana State Department of Health (ISDH) inspected the facility and found Kloper guilty of numerous violations of state law, most significantly of failing to comply with the state's mandatory 18-hour waiting period, designed to give women the opportunity to see an ultrasound, receive medically accurate information, and take the time to determine if abortion is the right decision.

His “noncompliance is willful, intentional, and detrimental to the welfare of clinic patients,” according to the June 26 complaint.

That follows an inspection last October 28 and 29, when ISDH inspectors ruled that the facility had violated 27 separate state regulations.

The inspections were triggered when pro-life advocates, after combing through public documents, discovered that Klopfer had performed numerous abortions on girls under the age of 14, yet failed to report them in a timely manner to the state authorities. The law is designed to safeguard children from sexual predators.

Since no Hoosier child under 14 may consent to sex, any sexual contact under that age may be defined as statutory rape.

Pro-lifers found this to be a pattern, with 13-year-old girls not having their abortions reported for months past the legal deadline.

Klopfer lost the ability to perform abortions in that city after he lost his hospital back-up physician. The Ft. Wayne Women's Health Center became the first abortion facility to close in 2014.

In light of the latest investigation, the state called for the facility's license to be revoked.

“This complaint for revocation by the state validates our concern,” said St. Joseph County Right to Life in a statement. “For more than 25 years Dr. Klopfer has gotten away with maintaining substandard clinic conditions and not adhering to a normative standard of medical care that is customary in St. Joseph County.”

Klopfer may lose his Indiana medical license in a hearing later this year, as well.

Mike Fichter, the president and CEO of Indiana Right to Life, stressed the need for elected officials to enforce the law, rather than look the other way when the violator is an abortionist.

“Laws are no good unless someone is willing to see that they are being followed. Hoosiers should be encouraged that their government, the Pence administration, and the ISDH consider patient health and safety to be priorities,” he said.