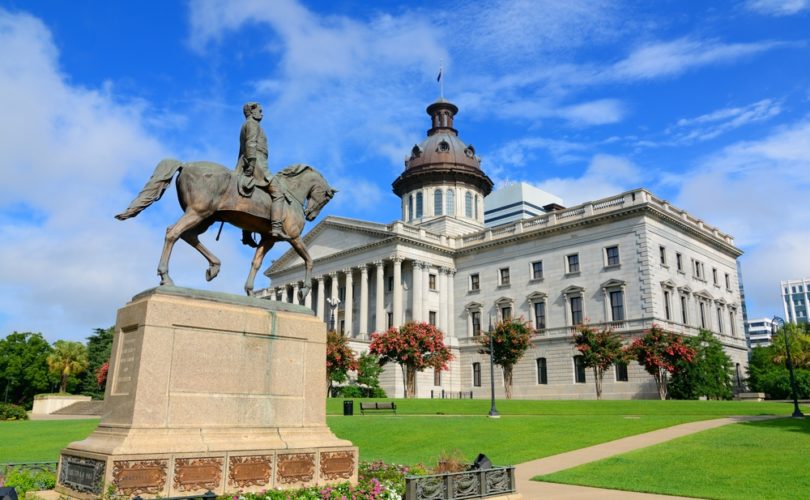 COLUMBIA (LifeSiteNews) – The South Carolina House voted 67-38 Tuesday on legislation to ban elective abortions with exceptions for rape and incest, after a version of the bill without the exceptions failed.

Abortionists who violate the law would face up to two years in prison and/or a fine of up to $10,000, as well as revocation of their medical license.

CBS News reports that, after falling short by eight votes, the bill was amended to allow abortions up to 12 weeks if a woman tells a doctor she was raped, after which the doctor has 24 hours to report her claim to law enforcement. Some pro-lifers have expressed disappointment with the exception, while others framed it as the price of protecting any lives.

“But here’s the thing — at the end of the day we passed a good pro-life bill in South Carolina,” said Republican state Rep. John McCravy. The bill faces one more House vote before moving to the Senate for consideration.

South Carolina already has a heartbeat-based abortion ban on the books, which prohibits abortions as early as six weeks with similar exceptions. That measure is one of many state pro-life laws across the country that were allowed to take effect by the U.S. Supreme Court’s June decision to overturn Roe v. Wade.

Across the country, abortion giant Planned Parenthood has suspended abortions and/or closed locations in reaction to the ruling, and pro-life attorneys general have declared their intentions to enforce their states’ duly-enacted abortion prohibitions.