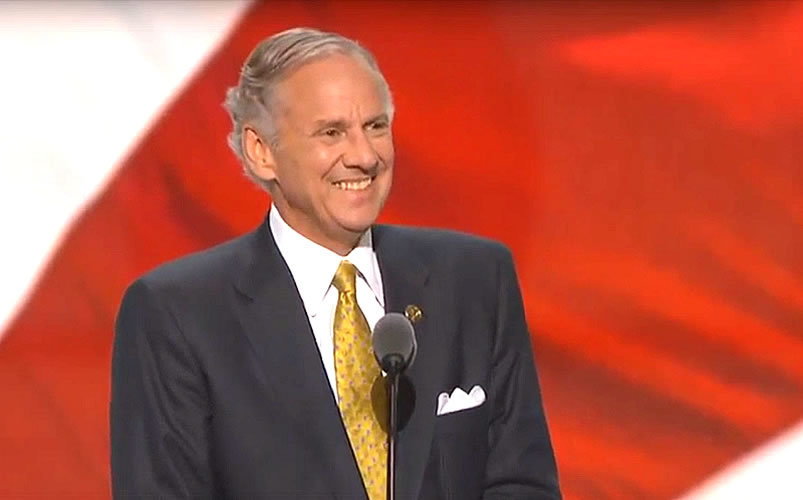 In July, McMaster used his line-item veto to strip about $15.8 million in “family planning” dollars from the $8 billion budget, some of which would have gone to facilities involved in abortions and about $100,000 specifically to Planned Parenthood locations. He also issued an executive order disqualifying abortion facilities as Medicaid providers.

“There are a variety of agencies, clinics, and medical entities in South Carolina that receive taxpayer funding to offer important women's health and family planning services without offering abortions,” he explained at the time. Abortion supporters objected that the move would also affect clinics that weren’t involved in abortions, but McMaster ordered that non-abortion family planning services continue to be supported with state rather than federal money.

Last week, Greenville News reports, the state House voted 77-31 to uphold his veto, which covered a combination of just under $14 million in federal funds and about $2.2 million in state money. As a result, the state health department will cover non-abortion family planning services out of its $231 million reserve fund.

“The governor has taken decisive steps to ensure that every family-planning provider in this state that does not provide abortions can keep their funding,” McMaster spokesman Brian Symmes says.

Democrats and abortion advocates denounced the vote. Rep. James Smith, who is running against McMaster for governor, accused him of “playing with the lives of thousands of South Carolinians who need access to family-planning services.” Planned Parenthood Votes South Atlantic spokeswoman Vicki Ringer claimed the veto punishes people who come to the abortion giant “for quality health care” rather than “to make a political statement.”

Abortion advocates insist that tax dollars to abortion-involved facilities for other purposes don’t support abortions, but pro-lifers warn that such subsidies ultimately enable abortion groups to commit more abortions by freeing up money from their other revenue services. Duke University healthcare analyst Chris Conover estimated in 2015 that taxpayers ultimately cover almost 25% of all abortion costs.

Planned Parenthood South Atlantic is also suing to block the order excluding it from Medicaid. The state is currently appealing a judge’s preliminary injunction against the order, with Symmes saying that McMaster vows to “fight the lawsuit as hard as he can because he doesn’t think taxpayer money should go to anyone who provides abortions.”