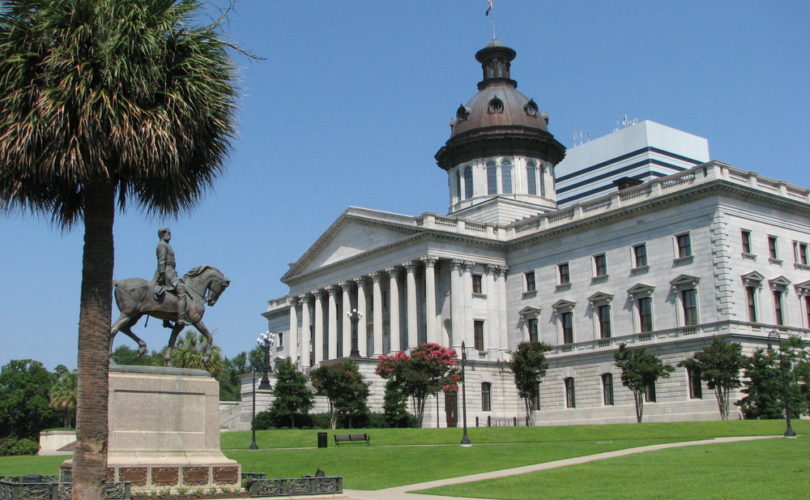 COLUMBIA, South Carolina, January 11, 2019 (LifeSiteNews) – This week, South Carolina became one of the latest states to introduce a ban on aborting preborn babies with detectable heartbeats, a legislative proposal that has gained steam in multiple states as both a more comprehensive pro-life measure and a way to challenge Roe v. Wade.

Introduced Monday, H. 3020 requires anyone committing an abortion to first perform an ultrasound to test for a fetal heartbeat and offer to show the ultrasound images to the pregnant woman. If a heartbeat is found, aborting the baby anyway would subject the abortionist to a fine of up to $10,000 and/or up to two years in jail, except in cases of a physical medical threat to the mother.

“If we have someone who has a beating heart, that is a live person, and it’s the government’s duty to protect that life,” Jeannie Smith, founder and CEO of the Conway-based pregnancy center Coastline Women’s Health Center, told NBC affiliate WMBF. “This would hopefully bring an end to abortion in the state of South Carolina.”

Alester Pryor of the Horry County Democrat Party, meanwhile, attacked the bill as infringing on a woman’s “right to choose what to do with her body” and “mak(ing) decisions on their moral standards.” But Republicans stress that they want to stop anyone from killing children with their own bodies.

“It’s a common-sense bill. If a heart stops beating permanently, the person is dead,” Republican state Rep. John McCravy said last month. “Common sense should tell us that when a heart is beating, we have a precious human life that should not be terminated.”

Preborn babies’ hearts finish forming around seven or eight weeks into pregnancy, so the bill would ban abortions much earlier than Roe allows. But state pro-lifers also welcome the possibility that the bill would act as a test case for overturning the 1973 Supreme Court decision.

“We have a moral obligation to defend life,” GOP state Rep. Steven Long said last month. “The court system is primed and ready for a good piece of pro-life legislation. Now is the time we need to be pushing and fighting to get legislation like this passed.”

H. 3020 is currently pending before the Judiciary Committee. Republicans kept control of the state legislature after the midterms but lost some reliable pro-life votes in the Senate. Assuming it does pass, however, GOP state Sen. Shane Martin expressed optimism that Republican Gov. Henry McMaster would sign it into law.

“I’m hoping that with our fight and the governor’s support, we can get some of these so-called pro-life Democrats and Republicans to actually vote pro-life,” he said.