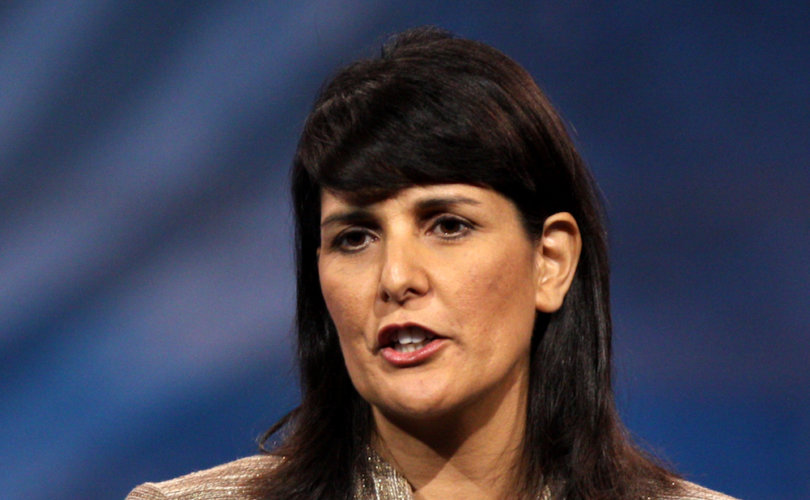 CHARLESTON, South Carolina, May 18, 2016 (LifeSiteNews) – With Governor Nikki Haley's signature all but certain, South Carolina is poised to become the 17th state to stop the abortion industry from performing an abortion on a baby capable of feeling pain.

The bill previously passed the state House and now awaits the approval of Gov. Haley, a pro-life Republican.

Lawmakers legislative “efforts reflect the reality that most Americans – women in higher numbers than men – want to end brutal late-term abortions in this country,” said Marjorie Dannenfelder, president of the Susan B. Anthony List.

The law restricts abortion to the first 19 weeks of pregnancy. Abortionists who practice after that time would face three years in prison and a fine of up to $10,000.

It allows exceptions only if the child is not viable and to save the life of the mother.

In March, Gov. Haley said she “couldn't imagine any scenario in which I wouldn't sign it.”

Abortions after 20 weeks account for approximately one percent of all abortions, according to the Guttmacher Institute.

“South Carolina’s win is evidence of sustained momentum to pass this bill on the federal level,” Dannenfelser said.

When Wisconsin Gov. Scott Walker signed a similar law last summer, he said protecting unborn children from feeling pain set a “reasonable standard.” However, it challenges the Supreme Court precedent that states can only act to protect children after viability, an ever-sliding benchmark now generally thought to occur around 24 weeks.

“A national limit – which would save up to 18,000 unborn lives a year and protect that many women – is long overdue,” Dannenfelser said. “The U.S. is only one in seven nations to allow late term abortion after the five-month mark.”

“If we take back the White House and protect our pro-life majorities in Congress, we can pass this legislation in 2017,” she concluded. “It is not only the morally just thing to do; it is politically smart.”

Rev. Franklin Graham of Samaritan's Purse called the bill's passage “good news” and a “step in the right direction.” But he added in a Facebook post that eliminating all abortions “should be our prayer and our goal.”