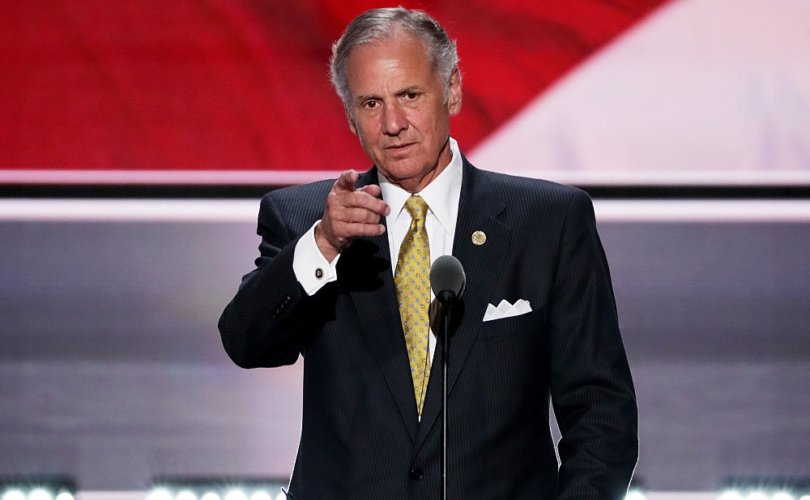 On Monday afternoon, U.S. Circuit Court Judge Mary Geiger Lewis issued a stay on her injunction order which had originally blocked the six-week abortion ban, thereby allowing the law to take effect and banning most abortions in the state, as reported by the Washington Examiner.

“We’ve spent nearly a year and a half defending the Fetal Heartbeat Act in court,” Governor Henry McMaster tweeted. “Finally, it has gone into effect in South Carolina. This is why Friday’s U.S. Supreme Court decision is so important – countless unborn children will be saved because of this law.”

We’ve spent nearly a year and a half defending the Fetal Heartbeat Act in court. Finally, it has gone into effect in South Carolina. This is why Friday’s U.S. Supreme Court decision is so important – countless unborn children will be saved because of this law.

While McMaster signed the law in February 2021, it was promptly challenged by pro-abortion groups, including Planned Parenthood. Lewis then blocked the law.

In the historic decision Friday morning, the U.S. Supreme Court overturned Roe v. Wade, ending nearly 50 years of nationwide abortion-on-demand and once again allowing states to protect unborn life as early as the moment of conception.

“Once Roe v. Wade was overturned by the Supreme Court, the decision on legally protecting the lives of unborn babies was returned to the states, so there was no longer any basis for blocking South Carolina’s Heartbeat Law,” Wilson said in a statement.

“Our state is now carrying out a government’s most sacred and fundamental duty, protecting life,” he added.

The new law requires doctors to perform ultrasounds to check for a heartbeat in the baby, which is usually detected about six weeks after conception.

Doctors who fail to check for a heartbeat, or continue to abort the baby despite finding a heartbeat, face fines of $10,000 and two years in prison on a felony charge. However, the bill does not move to punish the women seeking an abortion.

The measure allows for exceptions in cases of rape or incest if the baby is less than 20 weeks old or in cases to save the mother’s life.

A total of around ten states have totally banned abortions while many others have drastically limited access to abortion as more states follow suit. As LifeSiteNews reported, since Friday morning, clinics have ceased abortions in Alabama, Arizona, Arkansas, Kentucky, Missouri, Oklahoma, Texas, South Dakota, West Virginia, and Wisconsin. Abortions initially stopped in Utah and Louisiana but have resumed this week due to recent court orders.

Meanwhile, pro-life pregnancy centers and Catholic churches have faced violence, vandalism and even arson in the wake of the pro-life ruling. The violence appears to have no clear end in sight, with the Department of Homeland Security predicting that terrorist attacks could continue “for weeks” after the Supreme Court’s overturn of Roe v. Wade.