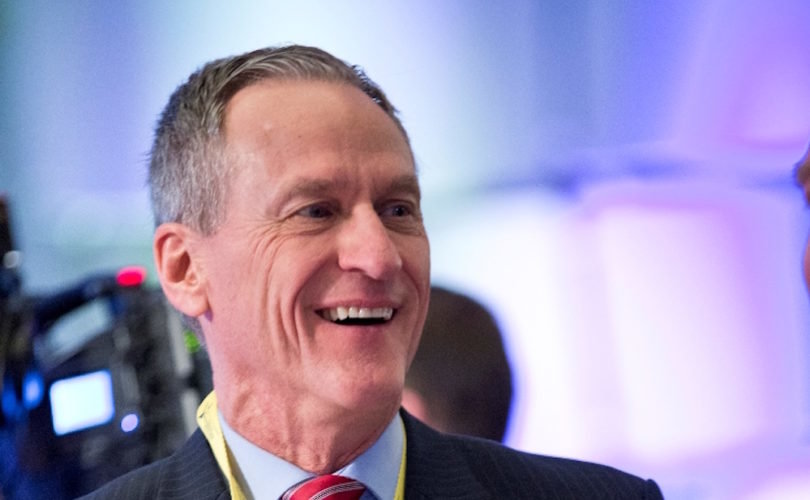 Medical science with the aid of ultrasound technology has proven that babies in the womb as young or younger than twenty weeks gestation can feel pain – and react with alarm – when they are aborted, either by ripping their limbs apart or by poisoning their system with saline.

South Dakota state Rep. Isaac Latterell, one of the bill's sponsors, told National Right to Life News that the bill recognizes “the humanity of unborn children” who can feel pain.  “These are people just like you and me,” he said.

“I’m thrilled the Governor signed the bill,” Dr. Fred Deutsch, president of South Dakota Right to Life told LifeSiteNews.  “The fact that the unborn baby can experience severe pain from abortion provides additional verification that the baby is a human being deserving of protection.”

“This legislation begins a new chapter in the history of South Dakota,” Dr. Deutsch told LifeSiteNews, “to protect unborn babies in our state.”

South Dakota legislators have successfully passed four major pro-life laws this session, with bills to inform women their medical abortions may be reversed if steps are taken in time, to require the state health department to make its abortuary inspection records public, and to make the sale of aborted baby parts a felony.

The pro-life bills passed with overwhelming margins, except for the Pain Capable Unborn Child Protection Act, which was the only bill that did not pass by a wide enough margin to be “veto-proof.”

The newly passed Informed Consent law, to inform mothers that their chemical abortion can be reversed if action is quickly taken, is on the governor's desk, awaiting his anticipated signature.

The South Carolina Senate also passed a Pain-Capable Unborn Child Protection Act on Tuesday, which now goes to the state House for approval.

The U.S. House of Representatives passed a national informed consent bill sponsored by Rep. Trent Franks (R- AZ) requiring women to be notified of the possibility that they may reconsider and save their baby even after taking the first abortifacient pill, but it has never passed the U.S. Senate.