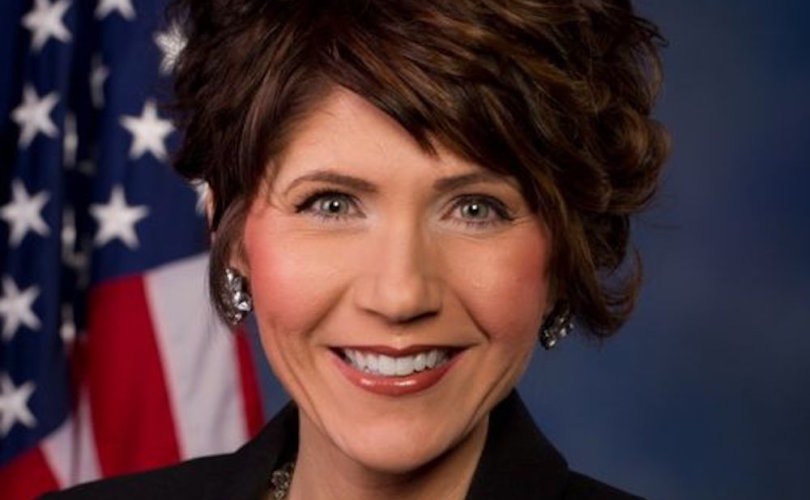 PIERRE, South Dakota, March 21, 2019 (LifeSiteNews) – South Dakota’s Republican Gov. Kristi Noem signed a slate of bills into law Wednesday to impose various new restrictions on abortions and responsibilities on the physicians committing them, as well as a new safeguard for patients’ rights.

Forum News Service reported that four of the bills will require abortionists to give women the chance to see a sonogram of their baby and listen to his or her heartbeat, make it a Class B felony to cause an abortion against a mother’s will, impose reporting requirements on abortions, and create a standardized abortion consent form. A fifth bill requires parental consent before orders to withhold resuscitation can be used on minors.

“A strong and growing body of medical research provides evidence that unborn babies can feel, think, and recognize sounds in the womb. These are people. They must be given the same basic dignities as anyone else,” Noem said. “Our work isn’t done until abortion is eliminated completely, but this is a step forward for life.”

South Dakota Right to Life executive director Dale Bartscher thanked the governor “for her tireless devotion to pregnant mothers and their preborn children.”

Sarah Stoesz, CEO of Planned Parenthood North Central States (PPNCS), shot back that South Dakota “has already squandered hundreds of thousands of dollars in litigation fees fighting for medically unnecessary abortion restrictions,” and claimed the new laws are “based on medically inaccurate information and contrary to the recommendations of health care professionals.” PPNCS runs South Dakota’s only abortion facility.

These new laws join a variety of pro-life measures on the books in South Dakota, including a requirement that women be informed about abortion pill reversal, a ban on abortion at 20 weeks, and a trigger law that will automatically criminalize abortion once Roe v. Wade is overturned.