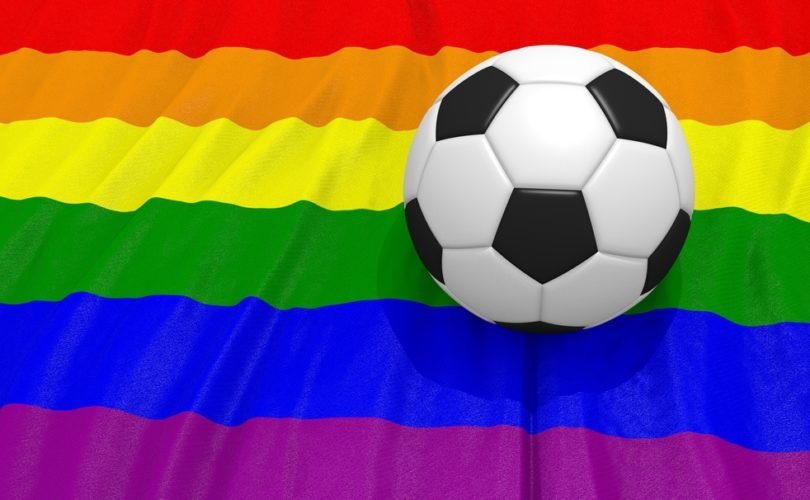 PIERRE, SD, March 6, 2015 (LifeSiteNews.com) – A Republican-led South Dakota Senate committee has voted down two bills that would have prevented transgender students from playing on sports teams – and possibly sharing the shower facilities – of members of the opposite biological sex.

The proposed measure would have required people to play on the team corresponding to their biological sex, reversing a South Dakota High School Activities Association (SDHSAA) policy allowing self-identified “transgender” students to play on the sports teams of their choice.

Last month, the state House approved both measures, which would have also barred the SDHSAA from making any further policies addressing sexuality or gender identity.

But in separate votes this week, the Senate Education Committee, which is controlled by Republicans, voted 4-3 and 5-2 to kill both House Bill 1195 and H.B. 1161.

Dale Bartscher, executive director of Family Heritage Alliance Action, urged the committee to approve H.B. 1195. He said it was unsafe to allow biological boys to play on girls’ athletic teams because of their superior size and strength, which could put female opponents and teammates alike at increased risk for serious injury. The association’s policy should be “voided and avoided,” he said.

Issues of safety when it comes to so-called “transgender” athletes made international headlines as recently as September, when Mixed Martial Arts (MMA) fighter Fallon Fox, a male-to-female transsexual, broke a female opponent’s eye socket and gave her a concussion before a referee stepped in to stop him.

“I’ve fought a lot of women and have never felt the strength that I felt in a fight as I did that night,” Fox’s opponent Tamikka Brents told WHOA-TV. “I can’t answer whether it’s because [he] was born a man or not, because I’m not a doctor. I can only say, I’ve never felt so overpowered ever in my life, and I am an abnormally strong female in my own right.”

Opponents of South Dakota’s transgender policy also cited concerns about students gaining access to opposite-sex restroom and changing facilities, as has happened in other states where transgender teenagers have been allowed to play for sports teams of the opposite sex.

The SDHSAA's policy neither mandates nor forbids cross-gender use of such facilities, but does recommend that schools “have a plan in place” for “[g]ender appropriate restroom accessibility” and “[l]ocker room accessibility.”

According to H.B. 1195’s House sponsor, Rep. Jim Bolin, R-Canton, the association “made a significant error and overstepped its authority” by instituting the policy last June.

“It’s not a small thing. It is a very, very big thing,” Bolin testified before the Senate Education Committee.

“They’re exercising the sovereign authority that we as a legislative body should be exercising,” Hunt said.