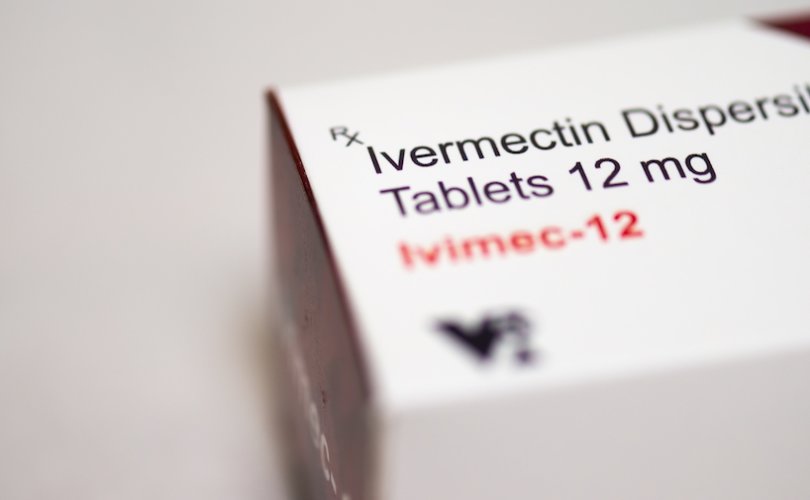 The South Dakota House passed HB 1267 in a 40-28 vote on Monday. The bill states a physician may “prescribe ivermectin to a person” in accordance with medical standards.

An earlier version that cleared the House Health and Human Services Committee would have allowed doctors to dispense the drug with or without a prescription.

One of the bill’s co-sponsors, Republican state Rep. Taffy Howard, said that the measure seeks to reaffirm doctors who may be reluctant to prescribe ivermectin to treat COVID for fear of professional retaliation, the Grand Forks Herald reported.

“It’s a drug, just like any other drug that’s out there,” Howard said. “This is legislation ensuring doctors have the freedom to … treat their [patients] best.”

Only one Democrat voted for the bill, and 22 Republicans voted against it. HB 1267 now heads to the South Dakota Senate, which is also dominated by Republicans.

Several studies have shown that ivermectin, a renowned anti-parasitic medication with anti-viral properties against coronavirus, can reduce illness and death in COVID-19 patients. Randomized controlled trials have found that the drug curbs hospitalization and symptomatic illness, and a 2020 study reported that patients given ivermectin had a significantly lower death rate.

Ivermectin is considered extremely safe and has been administered more than 3.7 billion times since it was first approved for human use over 30 years ago. The drug is not associated with serious side effects, according to analysis by the World Health Organization (WHO), and virtually no deaths have been linked to it.

But U.S. health regulators and the mainstream media have baselessly attacked ivermectin as “dangerous and lethal” as the drug has gained prominence as a cheap, alternative therapeutic for COVID.

Republican lawmakers in several states this year have advanced bills that would broaden access to ivermectin and protect health practitioners who supply it. A proposed bill in New Hampshire backed by six GOP co-sponsors would allow pharmacists across the state to dispense the medication as an over-the-counter treatment for COVID-19.

“This is a cheap drug. It’s exceedingly safe. It’s exceedingly effective, and patients should be offered the right to use this drug,” critical care specialist Dr. Paul Marik testified at a New Hampshire House hearing last month. “We’re not telling doctors what to do, but this should be an option, and if ivermectin had been promoted at the beginning of this pandemic, we would not be sitting here today.”

In Pennsylvania, a state House committee passed legislation this week that would let doctors prescribe and pharmacists dispense ivermectin and other off-label COVID-19 treatments without penalty. State lawmakers have also advanced pro-ivermectin bills in Kansas, Michigan, and Iowa.