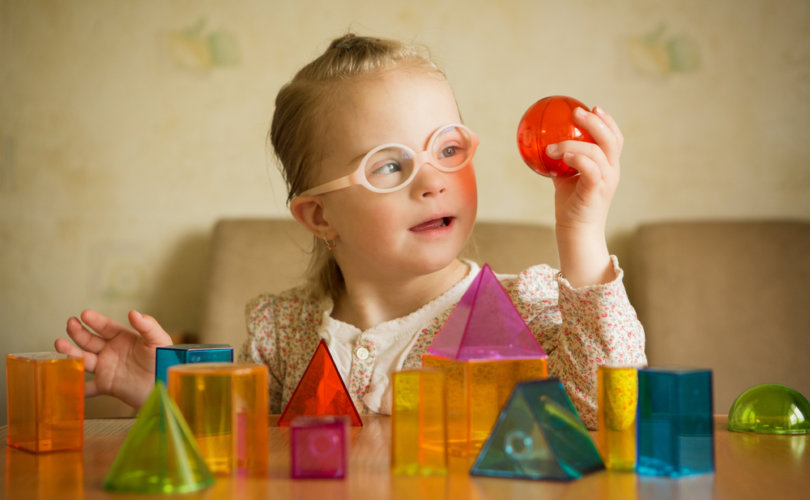 PIERRE, South Dakota, January 26, 2021 (LifeSiteNews) — South Dakota Gov. Kristi Noem (R) has introduced a bill which would ban abortions based on a diagnosis of Down syndrome in her state.

In a press release issued on Monday, Noem highlighted the divine origin of the unborn, and pointed to their “right to life.”

“The Declaration of Independence summarizes what we all know in our hearts to be true: God created each of us and endowed all of us with the right to life. This is true for everyone, including those with an extra chromosome,” she said.

“I look forward to the day when the Supreme Court recognizes that all preborn children inherently possess this right to life, too. Until that time comes, I am asking the South Dakota legislature to pass a law that bans the abortion of a preborn child, just because that child is diagnosed with Down syndrome.”

Noem had announced her intention to introduce the bill when giving her State of the State address recently. “Let’s make South Dakota a symbol of hope, justice, and love for children” with Down syndrome, Noem declared, before adding, “Protecting children begins in the womb.”

“As South Dakotans, frankly, as human beings, we should all be appalled by this,” she warned. “We are better than that … For those who have had the privilege of knowing someone with Down syndrome, you know that person ends up being a gift to all of us.”

The Charlotte Lozier Institute compiled data in 2015 to estimate that “abortion after prenatal diagnosis has reduced the population of individuals living with DS [Down syndrome] in the U.S. by approximately 30%.”

Noem’s new bill comes on top of signing a number of pro-life bills for the state in 2019, placing greater restrictions on abortions, prescribing new duties for the abortionists themselves, and safeguards for parental rights.

The new bills required abortionists to give mothers the chance to see a sonogram of their baby and listen to his or her heartbeat, made it a Class B felony to cause an abortion against a mother’s will, imposed reporting requirements on abortions, and created a standardized abortion consent form. A fifth bill required parental consent before orders to withhold resuscitation can be used on minors.

Noem’s new bill, combined with her previous pro-life rulings, serve to continue the pro-life cause in the state of South Dakota. Currently, abortionists are required to inform mothers about the abortion reversal pill, and abortions are banned after the child is 20 weeks old. There also exists a law which would automatically ban abortion if the 1973 Supreme Court decision Roe v. Wade were to be overturned.

The pro-abortion Guttmacher Institute outlined the abortion restrictions in place in South Dakota, noting, among other things, that a mother must receive “state-directed counseling” to dissuade her from the abortion, as well as a mandatory 72 hours waiting period before the abortion.

Reports also reveal that abortionists are “required” to inform the mother seeking an abortion that she would be “terminating the life of ‘a whole, separate, unique human being.’”

Data from 2019 shows that the number of abortions in the state was 414, a higher number than in 2018, but lower than any other years since abortion was imposed on all 50 states in 1973.

While in South Dakota Noem is seeking to ban abortions which are based solely on Down syndrome, elsewhere mothers have reported being put under severe pressure to kill their unborn child due to a diagnosis of Down syndrome. A 2019 report mentioned that “69 per cent of women were offered an abortion after they were told their baby had Down’s syndrome.” One mother recalled how she was offered “about 15 terminations,” even up until “the morning of the induction.”

Another described that she was offered an abortion at “37 weeks” for her child with Down syndrome, after being told she would be induced the next day.

In contrast, Noem posted a message on Twitter about her new bill, which read, “God created each of us and endowed all of us with the right to life. This is true for everyone. Even preborn babies. Even those with an extra chromosome.”