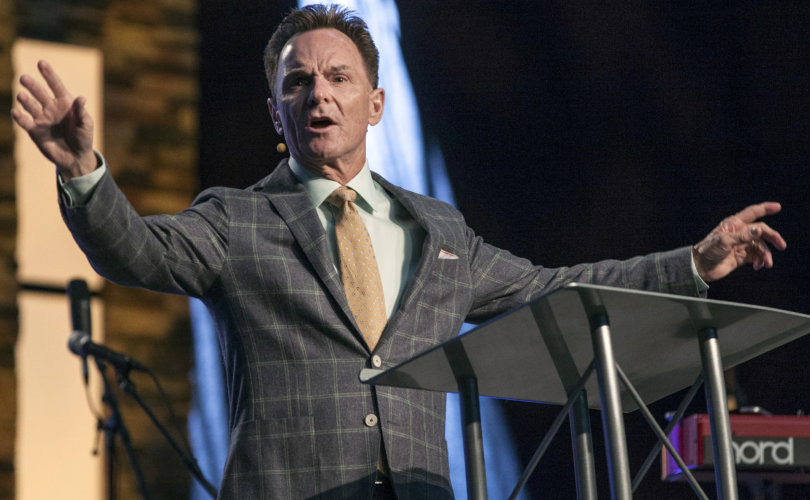 ST. LOUIS, Missouri, June 17, 2016 (LifeSiteNews) – Southern Baptists voted to officially defend marriage, religious freedom and natural gender at their annual meeting this week, making strong statements against controversial measures over the last year that pose a threat to each.

In addition to laying out the definition of marriage as being between one man and one woman, the Southern Baptist Convention (SBC) passed a resolution specifically rejecting last year’s Supreme Court Obergefell decision redefining marriage, along with Barack Obama’s “guidance” requiring public schools to provide transgender bathroom access, handed down last month.

“The Supreme Court’s Obergefell decision in 2015 purporting to redefine marriage does violence to the Constitution and is contrary to the Bible and natural order,” the resolution states. “The Obama Administration’s recent ‘guidance’ requiring transgender access in public school bathrooms and locker rooms based on its unauthorized redefinition of ‘sex’ in federal law rejects God’s design of male and female.”

The declaration, titled, “On Biblical Sexuality and the Freedom of Conscience,” was adopted with overwhelming support from the more than 7000 conference participants, Juicy Ecumenism reports, part of what led to made many there terming the gathering a historic event.

“We dissent from the Obergefell opinion that purports to redefine the institution of marriage created by God,” the Baptist resolution states, along with pledging to strengthen Biblical marriage in homes, schools and communities. “We applaud and support the efforts of eleven state attorneys general in their challenge to the Obama Administration’s transgender ‘guidance.’”

The nation’s largest Protestant denomination affirmed the Biblical definition of marriage at its conference last year, just prior to the Obergefell ruing being released in late June.

The year prior at the annual meeting the SBC voted to oppose “sex reassignment” surgery, urging transgender people to “trust in Christ and to experience renewal in the Gospel,” and affirming “God's good design that gender identity is determined by biological sex and not by one's self-perception.”

Baptists met for this year’s conference Tuesday and Wednesday this week in St. Louis, reaffirming love for individuals identifying as transgender in their convention statement, “seeking their good always,” and offering them welcome in Baptist churches.

They also made mention of recent religious liberty attacks suffered by U.S. citizens targeted for their biblical values, stating, “Business owners and employees of various faiths are increasingly faced with decisions to submit to unjust laws about marriage and sexuality or violate their consciences.”

“Experience and recent history have shown that when the government redefines marriage as anything other than between a man and a woman, the police power of the state is brought to bear to enforce that redefinition,” their resolution continued, “resulting in an inevitable collision with religious freedom and conscience rights.”

Baptist convention attendees also voted to call on the U.S. Congress to pass the First Amendment Defense Act, along with civic leaders at all levels to pass legislation supporting religious freedom, and stated their unity with those persecuted for their religious convictions on marriage.

“We commit to pray,” they concluded, “for revival and a return to a recognition of the sanctity of marriage as between one man and one woman, God’s design for gender, freedom of conscience, and unhindered religious freedom.”