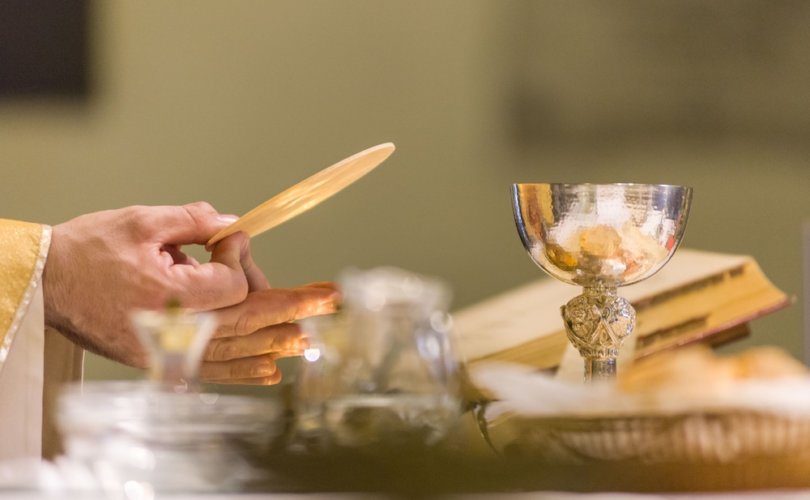 SEVILLE, Spain, January 8, 2020 (LifeSiteNews) – A requiem Mass for victims of abortion and to pray for women in danger of aborting their children was abruptly canceled by the Archdiocese of Seville in Spain, according to organizers of the event.

Members of the Spanish pro-life political party Vox had planned to gather at a church in Gelves, a suburb of Seville, on December 28, for the special Mass. On this date, the Catholic Church commemorates the slaughter of innocent children in Bethlehem by the evil King Herod. Herod ordered the massacre out of fear that the baby Jesus would supplant him on the throne.

“Due to causes beyond our control, the Mass that had been scheduled for tomorrow for the unborn and women facing difficulties has been canceled,” read a communique from the Vox party. While the party did not directly criticize Archbishop Juan José Asenjo Pelegrina, Vox declared, “Despite the tepidity on the part of many, we remain firm in defending life.”

The Mass was intended as a requiem for babies killed by abortion throughout 2019, and to support “all women endangered by isolation and thoughts of abortion.”

Archdiocesan authorities did not respond to an email from LifeSiteNews asking for clarification about the Mass and its cancellation.

According to Vox, the Mass was canceled at the request of archdiocesan officials because of controversy over the commemoration. While Vox declared that it respects the decision by the archdiocese, it stated that its members were “surprised” by the cancellation.

“We did not intend to engage in politics,” the party stated. A priest said that a Mass that was already scheduled as normal for the annual commemoration of the Holy Innocents would be celebrated.

Representatives of Vox rallied, despite the special Mass being canceled, on December 28 in Seville, where they distributed hundreds of small plastic figurines that represent unborn babies at 14 weeks of gestation. At the rally, Seville city council member Cristina Peláez stated for Vox that “abortion is the worst violation of human rights occurring in society today,” while lamenting that “every year, 55 million little human beings are destroyed every year in their mothers’ wombs” and end up in “garbage disposals.”

Peláez called on her fellow citizens to denounce abortion, noting that more than “100,000 Spanish children are not born because of the law that fails to protect them.”

“That unacceptable number is an indication of the moral and political disorder that must be combatted,” Pelaez said. “In the future, in much the same way that we are now horrified by the slavery and human sacrifice that were practiced in the past, mankind will be astonished that we could kill babies inside their mothers' wombs.”

Pelaez pointed out that it was the totalitarian Soviet Union, not any democratic society, that first legalized abortion on demand. Democratic countries, she said, have been hypocritical in fostering abortion and thus denying the right to life of the most vulnerable citizens. She also noted that Hungary, Poland, and several U.S. states have introduced restrictions on abortion. “It is not true that the future belongs to the culture of death,” she said, adding, “civilized countries don’t allow the murder of children in their mother’s womb.”

Pelaez warned that in the face of a “demographic winter,” in which deaths outpace births, “only those countries that respect life will survive.”

Vox is the only pro-life party currently represented in Spain’s congress.