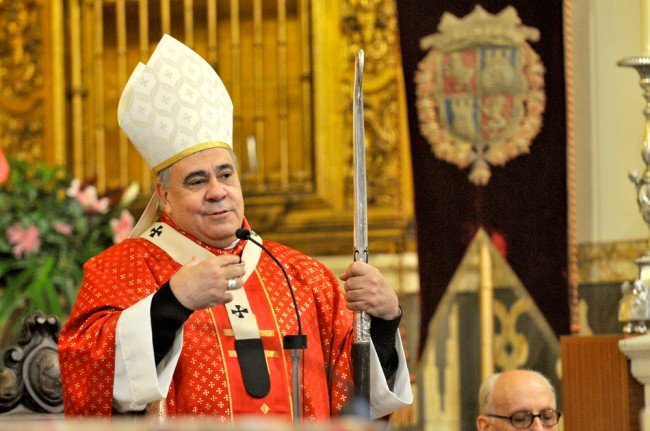 GRANADA, Spain, October 18, 2016 (LifeSiteNews) — The archbishop of Granada released a statement indicating his diocese will follow the lead of the bishops of Buenos Aires, Argentina, in implementing Amoris Laetitia.

The Buenos Aires bishops released pastoral guidelines allowing in some circumstances the divorced and remarried to receive the sacraments, in contradiction to the Church’s longstanding teaching against doing so. There is “no other interpretation” of Amoris Laetitia than one that allows Holy Communion for the divorced and remarried, Pope Francis wrote to the Buenos Aires bishops in a letter the Vatican confirmed as authentic.

“Today, through this [notice], I assume as our own and promulgate, so to speak, the criteria of Bishops of the Region of Buenos Aires for all the Catholic faithful of the Diocese of Granada,” Granada Archbishop Javier Martínez wrote last month.

The exhortation’s chapter eight is arguably the most controversial part of it because of a footnote that seemingly opens the door to Communion for the divorced and remarried. Various prelates around the world have interpreted it differently. Some say it liberalizes sacramental practice; others say it doesn’t and must be read through the lens of all Church teaching, which is clear on the indissolubility of marriage and thus the impossibility of Communion for those in adulterous relationships.

The Buenos Aires directive calls priests to “accompany, discern, enlighten and guide [people] in an honest way to the truth of God and the truth of man,” Martínez wrote. He noted that Pope Francis expressed his support of the interpretation.

This is “perhaps the first and most decisive movements of a Church that ‘goes forth:’ that goes forth to the real situation of the men and women of our time, to families, and especially to those who are broken, who are in delicate situations, or who are in particularly difficult situations,” Martínez wrote, referencing Evangelii Gaudium.

“Undoubtedly, for all, priests and laity, and starting with me, the pastoral approaches of Amoris Letitia and these criteria and this note are a powerful call to conversion,” Martínez wrote. “We have a way to go which may be long and will not always be easy, but it is extremely exciting, and opens new roads, which are both new and profoundly rooted in the tradition of the Church, to our mission as the People of God and the Body of Christ in this hour of history.”

Martínez said with the help of his Delegation of Family and Life, he would disseminate this notice and begin to put it into practice.

In 2012, abortion supporters spread falsities about Martínez for condemning abortion and the abuse of women it enables.