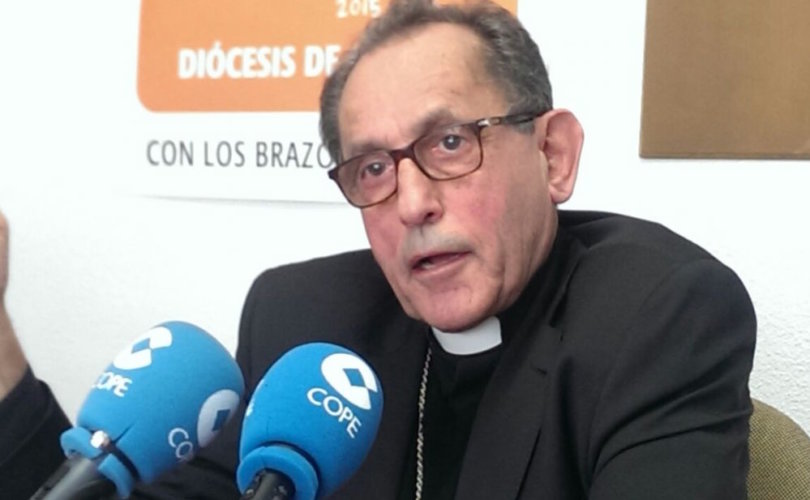 The John Paul II Rescuers seek to convince women going into abortion clinics to keep their unborn children, and A Better Future provides housing, education, and Catholic religious instruction for those who are in crisis pregnancies, and also counsels women traumatized by past abortions. They currently care for 350 women, ranging from 13 to 42 years old. Over 1,000 unborn children have been saved by the groups since their inception.

One of the women whose child was baptized, whose name is Alicia, is a beautiful young girl who “in the beginning didn’t want to know anything” the John Paul II Rescuers had to say to her at the abortion clinic, and appeared to be very determined to have an abortion, according to a member of the rescue team quoted by the diocese. However, she had a second thought and returned to them to take one of their pamphlets. She would later say that the reason that she decided to accept the information was that “people who, in cold or heat, without charging anything and tiring themselves by staying so many hours there, couldn’t do anything bad.”

She is now a regular attendee of the classes provided by A Better Future. “Today, it surprises us how much she likes to come to the association. She hasn’t missed a single class. She’s happy,” said the volunteer.

Another young woman, Nuria, was depressed and under heavy pressure to abort after she was raped and became pregnant. She responded to the John Paul II Rescuers, who say that she has learned much in her catechism classes and “today she is beginning to smile – she sees us and immediately she smiles.”

A third woman, Dislandy, was stopped by rescuers outside of an abortion facility, and explained to her that the child was her own and was “unrepeatable, unique.” She slowly calmed down and decided to keep her child. She “is so grateful that she wants to tell the whole world: ‘Please, don’t do it, I would have aborted my daughter Natalia. I can’t conceive of my life without her,’” according to the organization.

Bishop López de Andújar also baptized groups of rescued babies from the same group in 2015 and 2013.