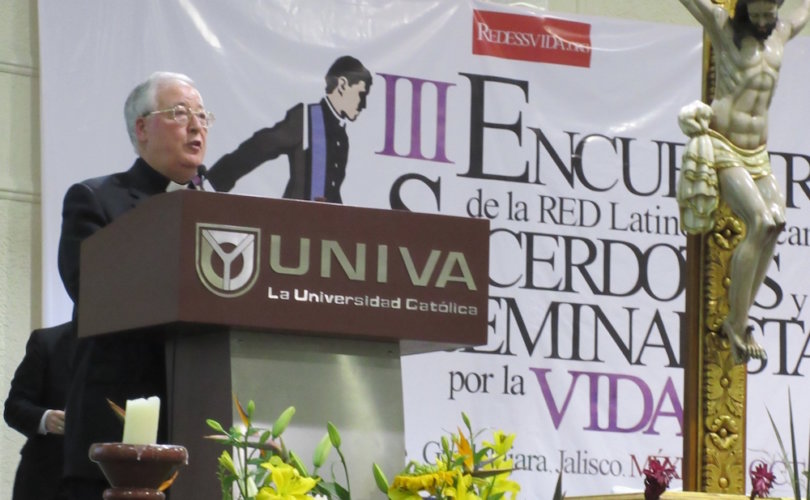 April 12, 2016 (LifeSiteNews) – Three Spanish bishops are telling the faithful that a law passed recently by the Spanish province of Madrid that requires school bathrooms and dressing rooms to allow opposite-sex “transgender” students is “unjust” and therefore “obligates no one in conscience.”

The transgender law is an “iniquitous” one that “gravely assaults the fifth commandment of the law of God, and facilitates the violation of the sixth and ninth commandments,” the bishops write in a joint declaration issued late last month.

The law, according to the bishops, reflects a “totalitarian way of thinking: the absolutization of the will that seeks to be the only creator of the human person,” and warn that society is being subjected to “a totalitarian authority that, in the name of liberty, seeks to abolish any moral norm that impedes the rule of absolute freedom of technology.”

Madrid’s new “Law of Identity and Gender Expression and Social Equality and Non-Discrimination” declares that “Every person has the right to construct for themselves a self-definition with respect to their body, sex, gender, and sexual orientation.”

Under the terms of the law, students will receive indoctrination in gender ideology, and propaganda campaigns in favor of transsexualism will be conducted by the government. The law also supplies funding for hormone treatments to prevent “transgender” children from passing through normal puberty.

Bishops Juan Antonio Reig Pla, Joaquín María López, and José Rico Pavés, who lead dioceses within the province of Madrid, denounce the law’s claim that people can freely “construct” their own bodies and their own sexuality.

“The body is not a simple datum that can be ‘constructed,’” the bishops write. “It is not a prosthetic of the self, but is rather the rendering visible of the human person.…To treat the body as pure matter that can be freely ‘constructed’ does not correspond to human experience.”

“When premises are false, logic leads inexorably to the absurd,” the bishops add. “The law that has permitted the redefinition of marriage has opened the door to any affective combination being eventually recognized as marriage. The same thing is going to happen with these laws: with time it will be possible to demand the presumed right to any corporeal modification ‘a la carte,’ no matter how arbitrary it might be.”

The bishops warn that “No civilization in history has had such pretensions, which illustrates the gravity of what is being proposed to us ideologically,” and add that such laws form part of a  process of deconstruction of Christian civilization and the enthronement of cultural relativism.”

Although the Madrid “transgender” law is clearly contrary to Catholic teaching, Madrid’s archbishop Carlos Osoro has refused to join his name to his suffragan bishops’ declaration and has surprised the Spanish media by claiming that he hasn’t even read it.

Osoro is under increasing fire from Catholic media in Spain over his failure to support Bishop Reig Pla in his declarations against abortion and on the homosexual agenda, as well as for his support for ex-priest José Manuel Vidal, who regularly attacks conservative Catholics and advocates a leftist political agenda for the Church.

When Osoro told a reporter for the Spanish newspaper El Mundo that he hadn’t yet read the declaration of his own bishops regarding the law, the reporter responded, “I can’t believe it… Pardon me but I can’t believe that you haven’t read a letter written by two of your bishops.” After much prying by the reporter, Osoro finally said that “I don’t like [the law],” and added, “I would place limitations on it.”