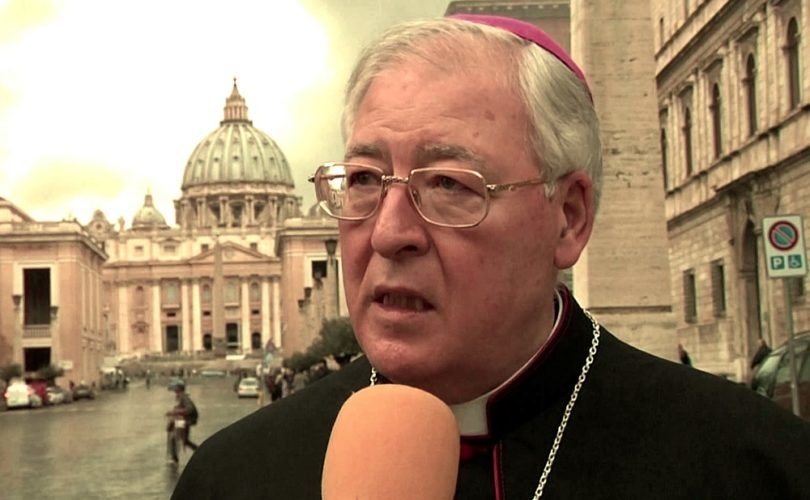 MADRID, February 17, 2016 (LifeSiteNews) – A Spanish court has dismissed a criminal case against the bishop of the city of Alcalá de Henares, Juan Antonio Reig Pla, who was accused by pro-abortion feminists of inciting “hatred” against them for comparing their activism to the Nazi holocaust.

Judge Olga Iglesias of the 2nd Court of Instruction in the district of Madrid ruled that Reig Pla's statements fell under his constitutional right of the free exercise of religion.

“It is evident that the bishop who is the subject of the complaint, in conformity with the principles of the social doctrine of the Catholic Church and in the exercise of the liberty of expression and religion, understands, and thus states, that the right demanded by some women is equivalent to the direct and deliberate killing of unborn children,” wrote Iglesias in her ruling in mid-January.

Reig Pla provoked outrage among feminists, who led a “Freedom Train” protest in favor of the right to kill the unborn in 2014, when he wrote an open letter comparing  their “train” to the trains that carried Jews and others to their deaths at the Auschwitz concentration camp in Nazi Germany. The open letter is titled “Calling things by their names: a true challenge for Catholics.”

The bishop called the “Freedom Train” “the train of death, of the most infamous holocaust: the direct and deliberate killing of innocent unborn children” and compared it to “the trains of Auschwitz that led to a death camp.”

The “Freedom Train” was organized by the feminist organization “Les Comrades” in 2014 to protest against a proposed law by the conservative People's Party (PP), which would have rolled back the regime of abortion on demand created by the Socialist Worker's Party in the previous administration. The organizers filed a criminal complaint on the grounds that Reig Pla's words constituted “a grave offense and a public humiliation, made to discredit the women and men who, as the United Nations stipulates, defend Sexual and Reproductive Rights as Human Rights.”

Judge Iglesias disagreed. “According to his opinion, understanding, conviction, or personal belief, the Freedom Train is similar to the trains of Auchwitz, but such an estimate or personal evaluation, even when it might be irksome or disquieting, offensive, or displeasing … is protected by freedom of expression,” she wrote.

Les Comrades is appealing the decision of the court, claiming that it “incurs in a lack of interest in understanding the sense of the text of the Bishop of Alcalá.”

The failed prosecution of Reig Pla is not the first attempt to use the criminal justice system to attack the feisty bishop.

In 2012, Reig Pla was subjected to a criminal complaint from the Spanish Confederation of Associations of Lesbians, Gays, Bisexuals, and Transsexuals (COLEGAS) for saying that homosexuals “find hell” in nightclubs designed to facilitate their same-sex interactions, in a sermon in the diocesan cathedral. The bishop did not back down and responded to the brouhaha by publishing ex-gay testimonies on his diocesan website. The COLEGAS complaint was dismissed by a judge in 2014 on the grounds that the bishop's words were protected by freedom of expression.

Since then, COLEGAS has accused Reig Pla of “homophobia” for reiterating the Catholic Church's prohibition of permitting homosexuals to become priests and has asked Pope Francis to “retire” him, also to no avail.

Spanish bishop: It is ‘great mercy’ to denounce evils which lead to perdition
Liberal outrage in Spain: Homosexual groups seek prosecution of bishop over sermon on homosexuality