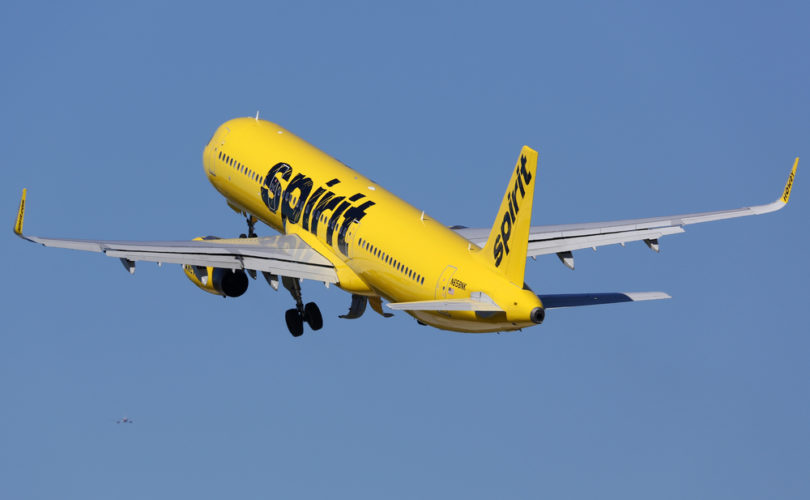 March 19, 2021 (LifeSiteNews) — An non-verbal 4-year-old autistic boy and his father were kicked off a Spirit Airlines return flight after staff refused to honor a doctor’s note verifying that the boy is medically exempt from mask mandates.

The parents of the little boy, Carter, say they have never had issues flying on Spirit, whose staff have reportedly accepted the boy’s medical exemption note on previous flights.

Carter’s mother, Callie Kimball, told THV11 that the medical note states “he's exempt from wearing masks because whenever he wears a mask he holds his breath or he starts freaking out and he will harm himself.” In this instance, they were kicked off the plane even after showing the Spirit employees the medical note.

Kimball was emotional as she explained, “Being the parent of an autistic kid is really hard and I've never in my life experienced that kind of discrimination from someone.”

Moreover, Cameron, the father of the child, says no airport or airline employees indicated any problems until they had already boarded the plane.

“One of the things I was talking with our attorney about was, we went to the front, like the front desk where you have to talk to Spirit to check your bag. No one said anything. You go through the airport, go through security, no one says anything. He’s running around in front of the gate, no one says anything. There was just one lady in particular right at the gate,” Cameron told Laura Ingraham on Fox News.

A video of the boy shows him distraught after having been kicked off the plane. Callie Kimball says the incident was especially upsetting to Carter because of his passionate love of airplanes. “Kids on the spectrum, they’re usually very obsessed with something. He is obsessed with airplanes,” Kimball had told THV11.

In the video footage, Carter can be seen playing with his own toy airplane as he is sitting in the plane.

STORY: 4-year old Carter is non-verbal on the spectrum. He loves planes but he hates masks.

His mother says He & his father were kicked off of a @SpiritAirlines flight in Las Vegas even with a doctors note.

THV11 reported that Cameron was traveling with a babysitter to help with Carter, who was not allowed to exit the flight with Cameron and Carter as they were kicked off.

Cameron had to pay $1,000 out of pocket for a flight on American Airlines, where the medical note was accepted.

He went on to rave about the accommodating treatment by American Airlines in a Facebook post, saying, “Thank you Lanell and American Airlines, we switched airlines … When I explained what had happened to us, she went way above and beyond! She helped code Carter correctly because his note does put him compliant with ADA law … They have a code specifically for that they can attach to a ticket.”

“She gave us pre pre boarding so he would know he wasn’t getting removed, told all the attendants and cleared a row so we could have space if he needed to lay down,” Cameron continued. “Her two sons are autistic and she understood everything. Seriously this lady is amazing.”

“I just cried and gave her a hug after everything and she was doing everything she could to cheer him up. Such a night and day experience. I have massive respect for that flight team and the way they handled it instead of making us feel stupid, and talking down to us. They went above and beyond to make sure he would enjoy his trip.”

Cameron explained to Laura Ingraham on Fox News that Spirit Airlines had provided no apology or explanation, and had refunded $180, “something like 25 percent of their total ticket, plus nothing towards having to get home on the American Airlines flight.”

Spirit Airlines sent THV11 a statement following the incident in which they announced a change to their mask exemption policy. They did not, however, address the reported inconsistency of their staff regarding medical exemptions.

“Our existing policy does not provide for medical exemptions, regardless of diagnosis. Our Team Members explained this to a family traveling today, but never questioned anyone’s medical status in the process,” Spirit stated.

“Starting March 19, 2021, Guests with a medical disability who are traveling on or after March 22, 2021 can apply for an exemption as provided for in the federal mandate requiring masks in airports and on planes.”

The new policy, posted on the Spirit website, only makes exemptions for the most severe of disabilities.

“We will not allow a Guest onboard who simply does not want to wear a covering because they find mask-wearing difficult,” it states.

The policy states that people who “may be exempt” include those who cannot remove a mask on their own because of mobility or cognitive impairments, and those for whom masks would “impede the function of assistive devices.”