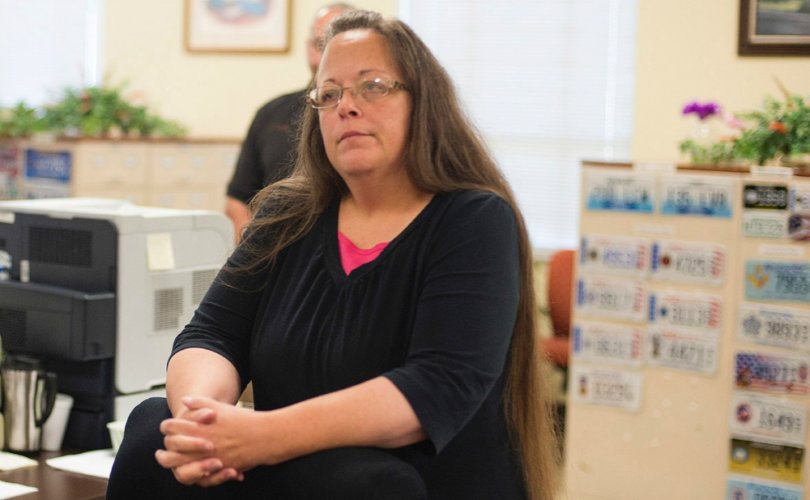 Pointing to evidence that Liberty Counsel supports Christian beliefs on homosexuality, SPLC placed the group on a list of “hate groups” alongside other organizations such the Ku Klux Klan, the ultra-violent New Black Panther Party, and neo-Nazi white supremacist groups.

Direct mail marketing millionaire Morris Dees founded the SPLC as a civil rights organization to monitor the Ku Klux Klan and other violent and/or racist groups.

In recent years, however, the SPLC has dramatically expanded its list of “hate groups,” and particularly turned its attention on Christians and Christian organizations that support natural marriage. Critics sasy that its criteria for what constitutes a “hate group” are “entirely subjective and largely ideological.”

Liberty Counsel has also criticized the SPLC, observing “[t]hey do not distinguish between racist or violent groups and legitimate organizations that participate peacefully in the political process – tarring all with the same label. In recent years whole categories and new groups have been added, not because of actual 'hate' activities, but because they hold conservative positions on controversial political issues such as homosexuality.”

Meeke Addison, director of communications for the American Family Association's Urban Family Talk, told LifeSiteNews, “The SPLC has long been void of cultural relevance. It's not surprising that they would label yet another legitimate organization a 'hate group.'”

“Disagreement with popular opinion is not hate,” Addison said. “However, by SPLC's definition, anyone who holds deep views contrary to those of the SPLC, whatever those views are, they are hate-filled.”

The SPLC's defamation of Christian organizations has created real-world tragedy. On August 15, 2012, after the SPLC listed the Family Research Council (FRC) as a “hate group,” homosexual activist Floyd Lee Corkins II took the SPLC's listing to heart and attacked the FRC headquarters.

Corkins entered the FRC building with a gun and 100 rounds of ammo, shouted, “I don't like your politics,” and started shooting. He was stopped by FRC security, but he later admitted he intended to “kill as many as possible” in the hopes that his murder spree would “make a statement against the people … with their stance against gay rights.” Corkins was ultimately found guilty of terrorism and sentenced to 25 years in prison.

“The Southern Poverty Law Center is an anti-American, anti-Christian, Marxist organization,” Family Research Council Executive Vice President Lt. Gen. Jerry Boykin (ret.) told LifeSiteNews. “They are connected to domestic terrorism in a federal court, as a result of testimony by Floyd Lee Corkins II, who entered our facility, shot our building manager, and admitted to the judge that he intended to kill as many people as possible, because of our position on natural marriage.”

“Corkins admitted he targeted us because of the Southern Poverty Law Center's listing us as a 'hate group,'” Lt. Gen. Boykin pointed out. “Think about this for a moment. This is the same tactic as Islamic terrorist groups: they label people as hate-mongers, which incites others to commit acts of violence. It is very reckless behavior.”

Addison has concluded that the FBI contributes to the SPLC's stature (and fundraising) by legitimizing the anti-Christian organization. “The FBI's past acknowledgement of SPLC only served to validate a political organization's fundraising efforts,” Addison told LifeSiteNews. “The FBI's dissolution of any type of relationship with the SPLC is long overdue.”

Addison urged the FBI to disavow the “anti-hate” hate group. “The federal government should have never been a willing participant in an illegitimate organization's intimidation or suppression efforts,” she told LifeSiteNews. “I hope today's news signals a complete and total end to any federal undergirding of the Southern Poverty Law Center.”

The SPLC has also come under sharp criticism for its financial practices. Morris Dees has used his multi-million-dollar mail marketing experience to turn his organization into a powerful fundraising machine. The SPLC has a budget of $30 million but enjoys a huge “endowment” of $223 million, some of which is stored in bank accounts in the Cayman Islands and Bermuda. The American Institute of Philanthropy, popularly known as “Charity Watch,” has given the SPLC a “FAIL” for continuing to fundraise while sitting on such a massive pile of money.