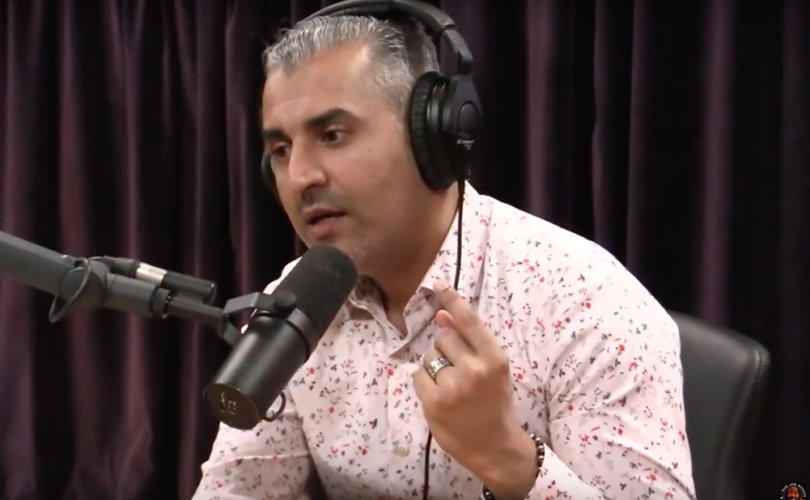 MONTGOMERY, Ala., April 23, 2018 (LifeSiteNews) – The Southern Poverty Law Center (SPLC) has removed the “Field Guide to Anti-Muslim Extremists” after outspoken Muslim reformer Maajid Nawaz threatened to sue the controversial group over his inclusion on the list.

The SPLC’s action in response to Nawaz’s lawsuit has wide-ranging significance because it demonstrates that organizations mislabeled by SPLC as “hate groups”––whether politically conservative, pro-life, pro-conjugal marriage; or religious, from Christians to Muslim reformers––can fight back and win against what many view as SPLC’s oppressive, sometimes dangerous tyrannical tactics.

The guide, published by SPLC in 2016 in conjunction with the George Soros–funded Media Matters for America, was compiled for journalists, painting high-profile individuals and groups who are critical of radical Islam as “extremists” who peddle “damaging misinformation.”  The report was clearly intended to make sure that Islamic reformers would not get a fair hearing in mainstream media.

The field guide declares reformers are “propagandists … far outside of the political mainstream, and their rhetoric has toxic consequences — from poisoning democratic debate to inspiring hate-based violence.”

Speaking of those who warn against Radical Islam, the guide asserts “a shocking number of these extremists are seen regularly on television news programs and quoted in the pages of our leading newspapers. There, they routinely espouse a wide range of utter falsehoods, all designed to make Muslims appear as bloodthirsty terrorists or people intent on undermining American constitutional freedoms. More often than not, these claims go uncontested.”

Nawaz is founder of the anti-Islamic extremism think tank Quilliam International, which describes itself as “the world’s first counter-extremism organisation.”

A Quick Guide to the SPLC

The Montgomery, Alabama-based “civil rights” organization uses the same legal tactics it applied successfully against an actual “hate” group, the racist KKK, to crush small, mostly faith-based ministries to put them out of business.

The SPLC, which serves as a tool of the Left by mislabeling mainstream conservative organizations and leaders as “haters” and “extremists,” is one of the best funded politically-oriented non-profit groups in the world. SPLC's 990 IRS filing for 2015 reported $58,176,499 in total revenue, an astonishing amount for a politically-oriented non-profit.

Moreover, SPLC self-reported an endowment fund of more than $319 million in its 2016 annual report, also unheard of in the world of non-profit organizations dealing with “culture war” issues. Another troublesome issue is the SPLC’s shifting in recent years of millions of dollars to offshore accounts (the Cayman Islands), a bizarre practice for a tax-exempt organization. Tech giant Apple, Inc gave SPLC $1 million last year.

(To compare, Family Research Council (FRC), one of the largest pro-family organizations in the U.S., reported total 2015 revenues of nearly $16 million plus operating reserves of just over $4 million.  FRC was smeared as a “hate group” by the SPLC, leading to an attempted mass-murder of FRC’s employees in 2012 by “gay” activist Floyd Lee Corkins, who said he used the SPLC’s spurious “hate” list to target the faith-based group’s headquarters in D.C.)

Despite growing criticism from conservatives and even some liberals like Bill Maher over the SPLC’s manipulative “hate” scheme, its shady financial practices, sloppy methods, embarrassing inaccuracies, and overzealous fundraising, the SPLC continues to receive wide support among “progressives.”

The Yanking of the Field Guide:  Just Getting Started

Nawaz announced the removal of the “Field Guide” Wednesday night while making a guest appearance on the Joe Rogan Experience, a podcast hosted by comedian Joe Rogan.

The removal of the Field Guide, although an important first step, will not halt the advancement of Nawaz’s lawsuit.  “Let me reiterate: I’m only just getting started,” Nawaz Tweeted. “My case is ongoing. I will see justice.”

Let me reiterate: I’m only just getting started. My case is ongoing. I will see justice. https://t.co/xut3wWTkj3 representin’ #Solidarity https://t.co/QA7VSeCicP

I’m coming for you Southern Poverty Law Center and “you got nowhere to ruuun to bayybyy… no where to hiiide” You F*c**d with the wrong “anti-Muslim” Muslim. Supporters can back my case here maajidnawaz.com Let me reiterate: I’m only just getting started. My case is ongoing. I will see justice.

We have a full spectrum and values-based approach to counter-extremism which means promoting pluralism and inspiring change.

Over the last decade we have grown to have operations all over the world and aim to tackle extremism of all kinds. To pursue our work more effectively and ensure that we are localising our efforts, we currently have a UK team, a North America team, and a Global team.

Challenging extremism is the duty of all responsible members of society. Not least because cultural insularity and extremism are products of the failures of wider society to foster a shared sense of belonging and to advance liberal democratic values.

Quilliam seeks to challenge what we think, and the way we think. We aim to generate creative, informed and inclusive discussions to counter the ideological underpinnings of terrorism, while simultaneously providing evidence-based policy recommendations to governments, and building civil society networks and programmes to lead the change towards a more positive future.

Although the link has been removed from the SPLC website, the Field Guide to Anti-Muslim Extremists can still be found online in pdf format.