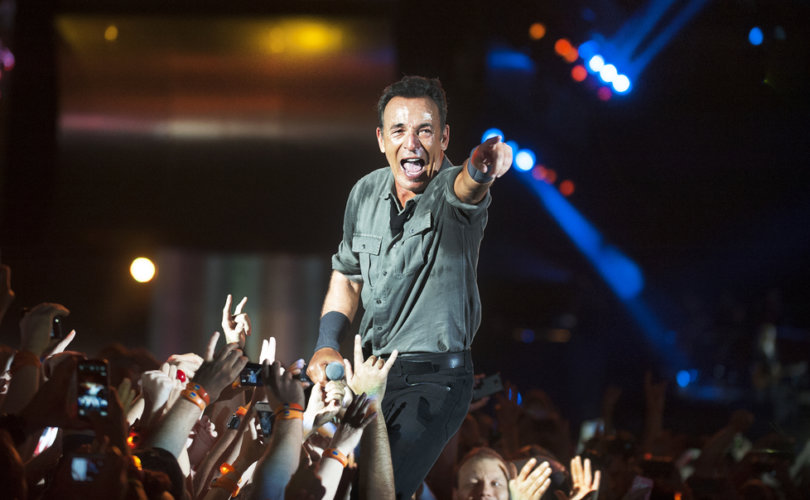 Springsteen cancelled his April 10 appearance in Greensboro, NC in protest of the state’s new law requiring people to use the bathroom that corresponds with their biological sex.  In a statement on his website, the singer announced:

North Carolina has just passed HB2, which the media are referring to as the “bathroom” law…To my mind, it’s an attempt by people who cannot stand the progress our country has made in recognizing the human rights of all of our citizens to overturn that progress. Right now, there are many groups, businesses, and individuals in North Carolina working to oppose and overcome these negative developments. Taking all of this into account, I feel that this is a time for me and the band to show solidarity for those freedom fighters. As a result, and with deepest apologies to our dedicated fans in Greensboro, we have canceled our show scheduled for Sunday, April 10th. Some things are more important than a rock show and this fight against prejudice and bigotry — which is happening as I write — is one of them. It is the strongest means I have for raising my voice in opposition to those who continue to push us backwards instead of forwards.

North Carolina Rep. Mark Walker, R-NC6, was quick to respond, telling the Hollywood Reporter, “Bruce is known to be on the radical left, and he's got every right to be so, but I consider this a bully tactic. It's like when a kid gets upset and says he's going to take his ball and go home.”

“I choose to stand with our sheriffs, who support this bill, which doesn't target the LGBTQ community; it targets imposters,” Rep. Walker said. “It's a little crazy to think sexual predators wouldn't be devious enough to pull something off if they were free to go into any bathroom they want.”

Mississippi has passed anti-LGBT ‘Religious Liberty’ bill 1523. I find it incomprehensible that LGBT citizens are being discriminated against in the state of Mississippi. I cannot in good conscience perform in a State where certain people are being denied their civil rights due to their sexual orientation. Therefore i’m cancelling my 14 April show at the Mississippi Coast Coliseum. Using my voice I stand in solidarity with all my LGBT friends to repeal this extremely discriminatory bill. Hopefully Mississippi will right itself and I can come back and perform for all of my many fans. I look forward to that day. #stop1523

The singers’ announcements to cancel shows in North Carolina and Mississippi come in the wake of outcry and threats from liberal state governors and big businesses.

PayPal cancelled its plan to open a call center in North Carolina, costing the state 400 jobs, and more than 130 businesses threatened to damage the state economically.