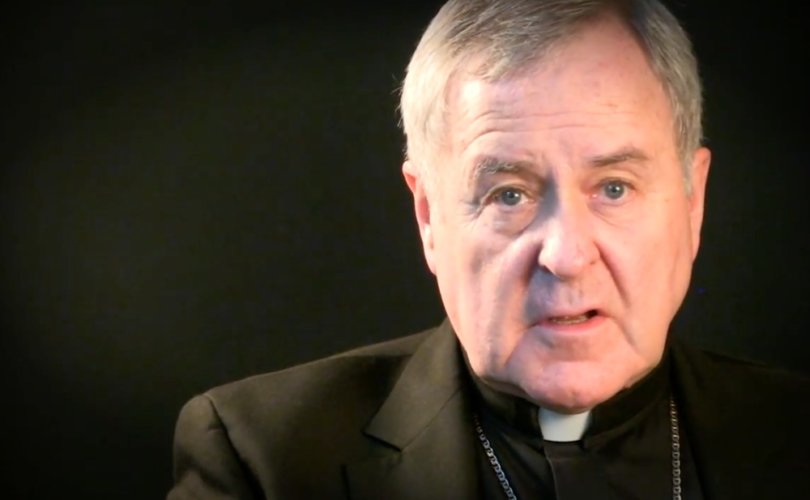 ST. LOUIS, August 24, 2018 (LifeSiteNews) – The Roman Catholic Archdiocese of St. Louis invited Missouri investigators this week to review its files on how it has handled allegations of sexual abuse by priests under its jurisdiction.

The archdiocese already commissioned a review by a former FBI member who “found our protocols” for protecting minors and other potential victims “to be appropriate and robust,” Archbishop Robert J. Carlson wrote in a letter Thursday to Missouri Attorney General Josh Hawley, but wished to give state officials the opportunity to make an “independent determination of our handling of allegations of clergy sex abuse.”

He explained at a press conference that those files cover “anyone who has been accused of sexual abuse,” NBC News reports.

“We appreciate your leadership and your commitment to public transparency and accountability,” Hawley replied in a letter the same day, accepting the offer. He said his office would undertake a “vigorous, searching, and comprehensive” inquiry that would likely entail interviewing potential victims and witnesses in addition to reviewing documents.

Hawley says he wants the investigation to proceed quickly, citing the state statute of limitation that gives alleged abuse victims until age 28, or three years after the discovery of harm, to pursue claims. He also asked local diocese to follow Carlson’s lead, several of which have pledged to do so.

Price said the archdiocese has removed a total of 27 living priests from their ministries, NPR adds, though some of the elderly ones still live in church-owned facilities and receive a stipend. She stressed that there were currently no “priests serving in priestly ministry with substantiated or credible allegations of abuse.”

According to the archdiocese, its current protocols include forbidding any workers from being alone with a child, regular background checks for anyone whose duties involve interaction with children, having employees and volunteers participate in the “Protecting God’s Children” program designed to “foster a safe environment for our children and vulnerable adults,” and having allegations reviewed by an Archdiocesan Review Board consisting predominantly of lay members not employed by the archdiocese.

Additionally, the websites of both the archdiocese and the AG’s office have pages with contact information for victims or witnesses to report possible abuse.

The Archdiocese of St. Louis is not accused of tolerating or hiding abuse; the preventative measure was motivated partly by a recent grand jury report in Pennsylvania which identified 301 priests accused of hundreds of cases of sexual abuse, with six different dioceses allegedly hiding their crimes for several decades.

The “sophisticated” cover-up “stretched, in some cases, all the way to the Vatican,” Attorney General Josh Shapiro said, with church leaders keeping “secret archives” of the abuse “just feet from the bishops’ desk.” Monsignors, Auxiliary Bishops, Bishops, Archbishops, Cardinals have all been not only protected but promoted, Shapiro alleges.

The scandal has rocked the Catholic Church, with several Catholic voices linking the crisis to the long-neglected matter of homosexuality within the priesthood. Cardinal Raymond Burke, Carlson’s predecessor in St. Louis, has called on Pope Francis to “discipline these situations […] it is he who needs to take action following the procedures that are given in the Church’s discipline.”

“Priests are called to be spiritual fathers to their people, and bishops are called to be shepherds of their flock, to protect the people in their care. We know that in many cases that has not happened. The trust of the faithful has been violated,” Archbishop Carlson said of the Missouri review’s importance. “We must act on behalf of the victims of this abuse in order to bring to them the love, healing, and light of Christ.”