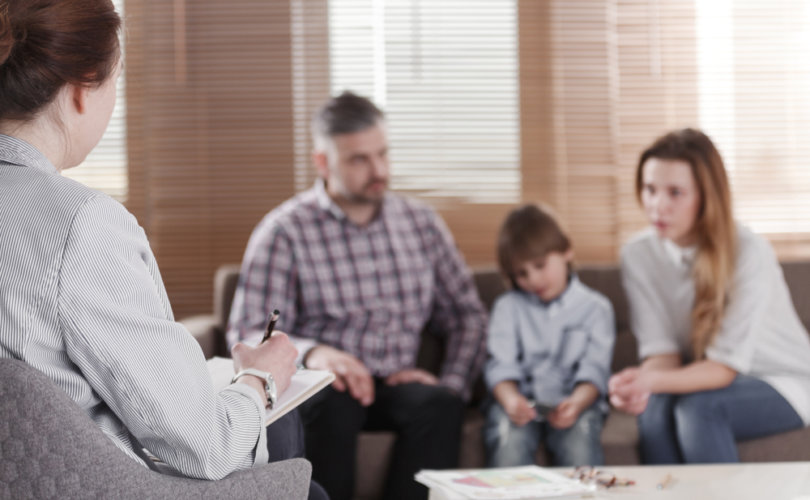 April 10, 2019 (LifeSiteNews) — As a Canadian father fights to stop court-ordered testosterone treatments for his 14-year-old daughter, U.S. experts warn there’s an increasing danger that more and more American parents will find themselves in a similar heartrending predicament.

“Yes, it is really that bad,” Michelle Cretella, president of the American College of Pediatrics, told LifeSiteNews.

“Parents are losing their right to protect their children from this dangerous medical experiment, and extended family members fare no better,” she told LifeSiteNews.

The general rule that individuals under age 18 cannot consent to medical treatment is being tossed out the window when it comes to sex transitioning, she said.

Children are started on puberty-blockers as young as nine, and “under the ‘guidance’ of gender ‘experts’ … girls have been allowed to consent to double mastectomies as young as age 13,” said Cretella.

“There are gender surgeons pushing to eliminate age restrictions on the removal of reproductive organs and genital surgeries.”

“The number of pediatric gender clinics in the U.S. has grown exponentially from one clinic in 2007 to 45 clinics around the country,” she told LifeSiteNews.

“Transgender activists and trans-affirming doctors are rushing children into hormonal treatments at as young as 11 years old,” Kao said, “even though the best statistics show that 80–95 percent of gender-dysphoric children become comfortable with their own bodies after passing through puberty without interventions.”

Moreover, the transgender lobby is waging a successful three-wave campaign for government-coerced transition of minor children, with “removal of a child based on accusations of medical neglect,” Cretella told the Federalist’s Margot Cleveland in February.

The gender activists are also enlisting the aid of workers in multiple levels of government.

Parents are often told that unless the child’s gender choice is affirmed, the child at an increased risk for suicide, a strategy documented by 4thwavenow.com, a “community of parents & others concerned about the medicalization of gender-atypical youth and rapid-onset gender dysphoria (ROGD).”

“Balking parents must be ‘educated’, cajoled into going against their deepest protective instincts. If this indoctrination process doesn’t work, there’s the frequent threat your kid will kill themselves because of your hesitations,” notes one post.

“This weaponization of adult self-harm statistics is wielded by activists, clinicians, and the media alike, to terrorize parents into handing their offspring off to be drugged, sterilized, and (increasingly) surgically ‘corrected’ by therapists and doctors who are confident they know best when it comes to other people’s children.”

In a highly publicized case last February, an Ohio Christian couple lost custody of their 17-year-old daughter to her maternal grandparents after they opposed her testosterone injections.

“Around the country, similar cases are arising in the courts,” Kao said.

The “general trend is to support affirmation of gender identity in all affected children,” agrees pediatric endocrinologist Dr. Paul Hruz, adding that the process “starts with social affirmation which is increasingly being mandated by law.”

But whether this is “best practice” remains “contentious,” he told LifeSiteNews.

“Several medical societies have adopted guidelines that support transition for all children who have ‘consistence, insistence, and persistence’ of a gender identity that is discordant with biological sex,” said Hruz, an associate professor of pediatrics at Washington University in St. Louis.

“This is in contrast to earlier recommendations that cautioned against transition in young children due to the high incidence of spontaneous realignment of gender identity with sex,” he said.

And the change “has been made without any strong scientific data against the prior cautious approach,” Hruz told LifeSiteNews.

“There is so much that we do not yet know about the long-term consequences. The existing evidence is concerning that harm is being done to these children without clear long-term benefit in preventing suicide.”

Moreover, as well subjecting children to what are essentially experimental medical treatments, this approach often leaves ignored and untreated underlying psychological and emotional trauma that may have triggered the child’s gender dysphoria in the first place.

Cretella told the Federalist’s Cleveland that of seven families “in as many different states” who contacted her during custody battles in 2017, six involved “a 15 year-old girl who never had any sexual identity confusion prior to her parent’s [sic] divorce.”

In all cases “the guardian ad litem and judges removed the right to medical consent and/or custody from the parent who objected to transition with puberty blockers and hormones,” she said.

“It is documented that teens who present with GD have high rates of preceding and concurrent psychopathology,” Cretella told LifeSiteNews. She noted that an April 2015 study out of Finland confirmed that “severe psychopathology” and “autism” were all overrepresented among one pediatric gender identity clinic population.

An August 2018 study by American Dr. Lisa Littman found that 62.5 percent of minors “had reportedly been diagnosed with at least one mental health disorder or neurodevelopmental disability prior to the onset of their gender dysphoria.”

Littman also found that 86.7 percent of “parents reported that, along with the sudden or rapid onset of gender dysphoria, their child either had an increase in their social media/internet use, belonged to a friend group in which one or multiple friends became transgender-identified during a similar timeframe, or both.”

Parents need to “monitor or eliminate access to social media like Tumblr and YouTube that essentially provide a community for confused or lonely children and train these children on how to manipulate parents, school administrators, and medical professionals so that the children can ‘transition’ from one sex to another.”

Kids run away to “trans”-friendly states

And since medical coverage for gender transition and consent laws vary from state to state, “social media helps children learn about these kinds of options and children/teens do run away to states who offer this kind of ‘medical care,’ on the advice of ‘friends’ on Tumblr and YouTube,” Kilgannon says.

Oregon allows “minors as young as age 15 years to receive Medicaid to pay for their cross-sex drugs and surgeries without parental consent — or even their knowledge,” Cretella told LifeSiteNews.

“The normal range for start of puberty in biological males is 9–14 years. Many insurance companies have been reluctant to pay for puberty blockade for this indication, but the general trend, through advocacy efforts, is to force coverage,” said Hruz.

“This does vary by state in the same way that coverage for other medications varies. In other conditions, it is rare for the courts to mandate coverage,” he told LifeSiteNews.

And as a bellwether of the strength of the transgender lobby, Americans should be alarmed that “solidly red” South Dakota recently nixed a bill protecting parents’ right not to consent to gender transitioning treatment for minor children, wrote the Federalist’s Cleveland.

Whether a state is “trans”-friendly will be less significant if the federal Equality Act H.R. 5 passes.

Introduced by Democrat Nancy Pelosi in the House of Representatives, the controversial bill is now before the House Judiciary Committee.

“H.R. 5 would create a nationwide ‘Transgender Medical Mandate’ that would subject doctors and hospitals to lawsuits if they decline to perform hormonal and surgical interventions even if their concern is that patients will be harmed,” warns Heritage Foundation’s Kao.

“That will further reduce the number of medical professionals to whom parents can turn for objective diagnoses of gender dysphoria and could lead to more parental custody disputes,” she told LifeSiteNews.

During the April 2 committee hearing on the Equality Act, “one of the speakers claimed that 1 in 5 children in foster care in America is LGBTQ. That is a bold claim and it went unchallenged,” pointed out Kilgannon.

“The danger to children on the margins is hard to overstate. If this ‘identity crisis’ can attack children in families who seem to be living the American Dream, imagine the risk for children who have no one to advocate for them.”

Parents denied custody of child for refusing support of transgenderism: here’s what you need to know