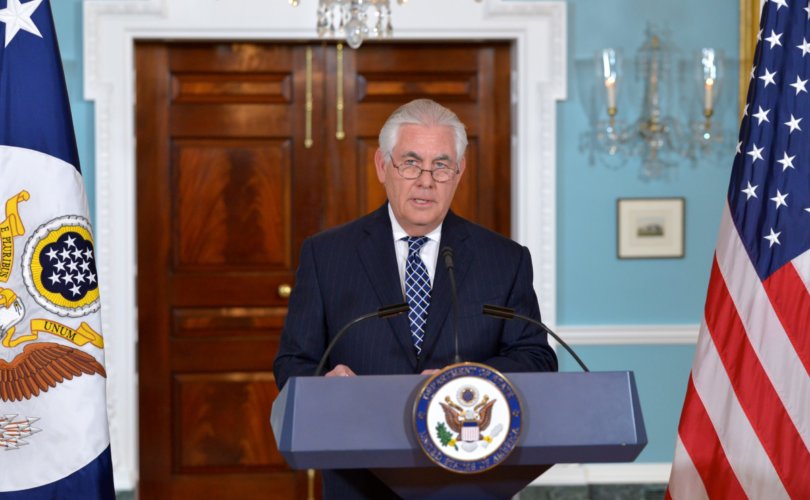 August 29, 2017 (LifeSiteNews) – The U.S. state department will keep pushing for “LGBT rights” abroad as it cuts more than half of its special programs devoted to causes like climate change and the Iran deal.

Socially liberal Secretary of State Rex Tillerson announced the closure and consolidation of many envoys but not the LGBT one on Monday, to the delight of LGBT activists. There have been questions about whether Berry would remain in his job because a portion of his online state department bio is in the past tense.

“Lawmakers of both parties, think tanks and even the diplomats' association have long called for absorbing some of the countless U.S. envoys and special representatives into related offices, to help reduce redundancies across the State Department's notoriously unwieldy bureaucracy,” reported the Associated Press.

But there are now “concerns that Trump [is] eschewing the promotion of American values overseas.”

Secretary of State Rex Tillerson to Chris Wallace on the President's values: “The President speaks for himself” @FoxNewsSunday pic.twitter.com/6wnD3i0kdE

Before becoming Secretary of State, Tillerson aided abortion and promoted the LGBT through his work as ExxonMobil's CEO.