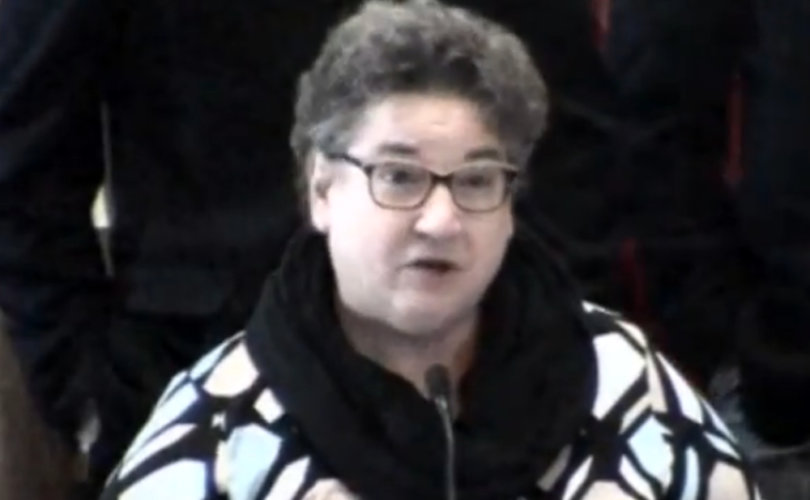 February 19, 2019 (LifeSiteNews) — Proposed legislation in some U.S. states targets home educators in a move that one homeschool advocacy group says “only get us closer to an Orwellian world.”

Iowa HF 272 requires homeschool families who do not report to their school district in conducting their home education to submit to “health and safety visits” quarterly by “the board of directors of a school district.”

If parents decline, the proposed law says, “the juvenile court or district court upon a showing of probable cause may authorize the person making the home visit to enter the home and interview or observe the child.”

The law doesn’t explain why a school district would conduct “health and safety visits,” nor is “probable cause” defined.

A similar bill calling for a home investigation of homeschool families was recently introduced in Illinois. The visits there would be performed by the Child Protective Service Unit of the Department of Children and Family Services.

Iowa state Rep. Mary Mascher, a Democrat, introduced the bill, which is one of two introduced thus far during this legislative session requiring home visits for homeschool families.

“This bill essentially puts homeschooling families on the level of parents who have been accused or have had a finding of child abuse or neglect,” said Shane Vander Hart, editor of the education policy website Truth in American Education.

“Rep. Mascher’s HF 272, in addition to resurrecting long-dead paperwork requirements for homeschool families, treats them all like criminals,” Woodruff said. “Without explaining who is going to pay for it — with school and child protective personnel already stretched beyond the breaking point — she wants to command that state agents come into the homes of every single homeschool family in the state four times a year.”

“In what world do we waste money poking into the homes of thousands of people when there is not the slightest reason to believe an individual has done anything wrong?” Woodruff asked. “When people who believe that the government can, and should, solve all problems, this is the kind of utopian dream they dream. Dreams like that only get us closer to an Orwellian world.”

The Iowa law also requires homeschool parents to submit proof of required vaccinations and a blood lead test, to submit annual education plans for approval, and that their children take part in annual testing for academic progress.

Mascher has either introduced or been involved in a number of bills aimed at homeschooling this session, including the two mandating home visits.

HF 182 would in effect eliminate significant changes made to the Iowa Code in 2013 that gave homeschooling families more freedom, including offering independent private instruction and parent-taught driver education.

Mascher has introduced bills that are hostile to homeschooling in previous sessions.

LifeSiteNews did not receive a response from Mascher, a retired educator, regarding the rationale behind the bills and her response to the charge they constitute overreach, as well as her thoughts on parents' rights with regard to choosing home education for their children.

Laws mandating “health and wellness” checks have been proposed previously in Iowa and been unsuccessful. They remain a discussion among legislators.

The bills requiring home visits are a response to two Iowa girls who died as a result of neglect by their adoptive families, who had removed them from public school. Because of Iowa’s Independent Private Instruction law, they were not required to inform the school district.

Both girls were living with families that had been under investigative oversight by Iowa’s Department of Human Services, the Network of Iowa Christian Home Educators (NICHE) pointed out, but because neither child was attending an accredited school at the time of their tragic deaths, some continue to call for more regulation of Iowa homeschool families.

NICHE has registered opposition to HF 272.