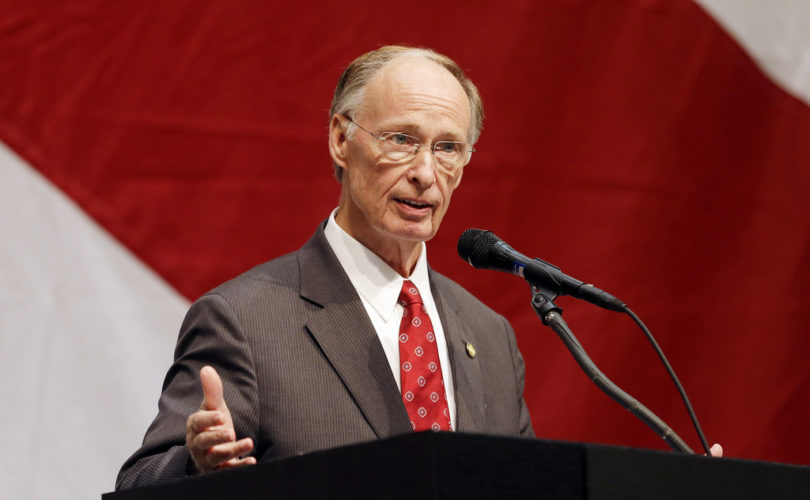 MONTGOMERY, AL, August 6, 2015 (LifeSiteNews) – The state of Alabama has announced it will end its Medicaid contract with Planned Parenthood after undercover videos showed the organization's national leaders casually discussing the harvesting and sale of body parts harvested from aborted babies.

Gov. Robert Bentley announced in a letter to Staci Fox, the CEO of Planned Parenthood Southeast, that the state is “exercising its ability to terminate the existing agreement” with the agency “with 15 days written notice.”

“The deplorable practices at Planned Parenthood have been exposed to Americans, and I have decided to stop any association with the organization in Alabama,” Bentley, a Republican, said in a statement. “As a doctor and Alabama’s Governor, the issue of human life, from conception to birth and beyond, is extremely important to me. I respect human life, and I do not want Alabama to be associated with an organization that does not.”

The move follows a similar action by Louisiana Gov. Bobby Jindal, who announced he was restricting state funds from going to the abortion provider on Monday. The New Hampshire Executive Council voted to deprive Planned Parenthood of Northern New England of $650,000 in taxpayer funds yesterday. Both cited the videos in their decision.

The move also comes the same day the Alabama Senate Finance and Taxation General Fund committee approved a bill to make selling aborted babies' body parts a Class B felony, punishable by two to 20 years in prison, under Alabama state law. The 12-1 vote sends the bill to the full state Senate.

Alabama state funds pay for abortion in the cases of rape, incest, or to save the life of the mother. Planned Parenthood operates two abortion facilties in Mobile and Birmingham.