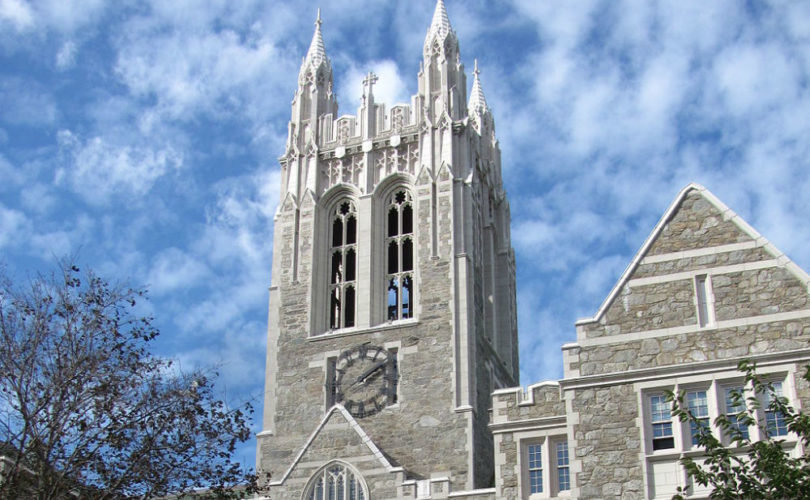 A Massachusetts state senator and Boston College alumna recently spoke at the College’s Lunch with a Leader series, despite the fact that she has been endorsed by pro-abortion and pro same-sex marriage advocacy groups and has voted contrary to Catholic teaching.

Linda Dorcena Forry has voted as a member of the Massachusetts House of Representatives against defining marriage as between a man and a woman, according to OnTheIssues.org.  She also voted against reaffirming ‘one nation under God’ in the Pledge of Allegiance.

Additionally, her civil and legal rights platform is founded on “fight[ing] for equal access and reproductive healthcare” for women, according to her website.

Forry was elected to the Massachusetts Senate in 2013.  Prior to the election, Forry received the endorsement of Planned Parenthood.

Martha Walz, president of Planned Parenthood Advocacy Fund of Massachusetts, reportedly said of Forry, “I know Linda understands the importance of investing in programs like family planning that will save money over time and are essential for the health of our communities.”

Forry also received an endorsement from MassEquality—one of the state’s leading advocacy organizations and a major proponent of same-sex marriage—in the lead up to her election.

“We are thrilled to endorse Rep. Linda Dorcena Forry,” reportedly stated Kara Suffredini, executive director of MassEquality. “She has been a champion for civil rights and an unwavering, powerful voice for the LGBTQ community throughout her career.”

The Catholic Church teaches that marriage is a sacred institution between a man and a woman. Further information on the Church’s teaching on same-sex marriage can be found on the USCCB website.