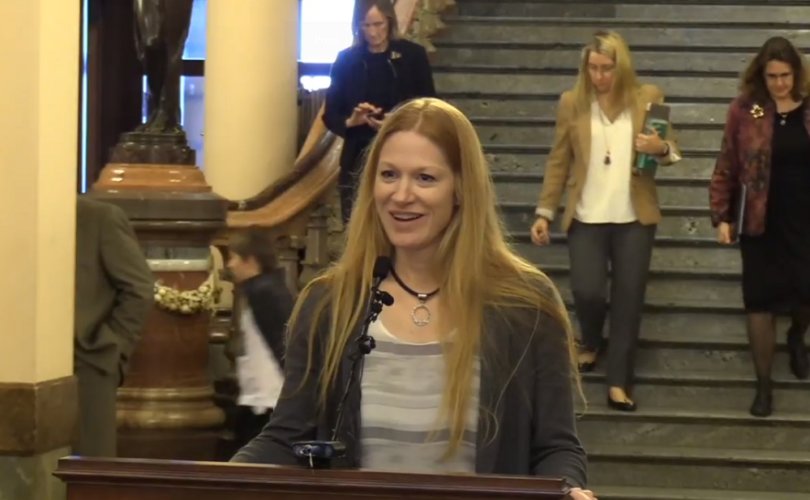 October 25, 2019 (LifeSiteNews) — An international conference on the social and political impact of pro-life heartbeat laws is now taking place in Budapest, Hungary — a city and country that have had legal abortion since it was imposed by the communist regime in 1956.

One of the goals of the conference is to start a serious conversation about laws that both define and defend the youngest and most vulnerable of the human race.

Iowa state senator Amy Sinclair has been invited by CitizenGO’s Hungarian campaign director, Eszter Schittl, to speak on the issue of the heartbeat law initiatives, which she helped shepherd through her state’s upper chamber and which have subsequently been debated and passed in more than 10 other state legislatures.

Of course, even 5,337 left-leaning biologists confirm what science tells us: that life begins at conception. But one of the most obvious signs of life — a heartbeat — begins at around six weeks after conception.

As their name implies, heartbeat laws generally prohibit abortion after the detection of a fetal heartbeat.

By their very nature, then, heartbeat laws are designed to do (at least) two things: 1) change culture, forcing people to recognize the humanity of the unborn child, and 2) save the lives of unborn children.

Senator Sinclair will address the general public, other NGOs, and Hungarian politicians of all backgrounds. She will also spend time discussing the heartbeat law in Slovakia and Spain before returning to the U.S.

In 2018, Iowa was the first U.S. state to pass a heartbeat bill in both houses of the state legislature and have it signed by the governor. After Iowa passed its heartbeat law, many other states have gone on to do the same thing.

Senator Sinclair’s visit to Europe will stimulate conversation among members of civil society organizations and political parties in Hungary, Slovakia, and Spain.

Hungary is known to have some of the best and most positive pro-family, pro-natalist (promoting a positive birth rate) policies in the world. But the Orbán administration has been reluctant to touch the abortion issue.

Conferences on the successful passage of heartbeat laws, however, may have the power to inspire a new wave of pro-life sentiment in Hungary and beyond.