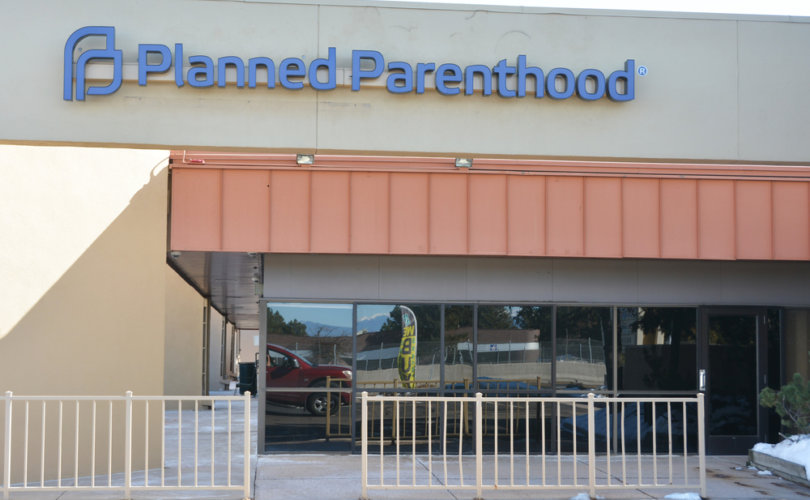 But his decision did not follow the proper rule-making requirements, according to the federal lawsuit.

The new Biden rule “unlawfully permits funds appropriated under Title X of the Public Health Service Act to be used in programs where abortion is a method of family planning,” Yost said in his request for a preliminary injunction.

“Ohio will likely prevail on the merits, both because the Final Rule is contrary to law and because it is arbitrary and capricious,” Yost argued. He said that Section 1008 of the Public Health Service Act makes clear that taxpayer dollars under Title X cannot be used for abortions. “None of the funds appropriated under this title shall be used in programs where abortion is a method of family planning,” Section 1008 says.

“It is sufficient to hold that the Final Rule exceeds those bounds, thereby violating the statute, by requiring no meaningful degree of financial and physical separation and by mandating abortion referrals,” the lawsuit says.

The new regulation also requires recipients of taxpayer dollars under the Health Service Act to refer people for abortions. The federal lawsuit said “the mandatory referral policy in the Final Rule is not in accordance with law.”

Department of Health and Human Services attorneys have tried to argue that money can be kept separate.

“Money is fungible, whether HHS likes it or not,” the lawsuit said. “Thus, there must be adequate safeguards to ensure that Title X grants are not used to subsidize abortion. The Final Rule does not include any.”

“HHS abandoned the 2019 Rule’s financial- and physical-separation requirements,” the lawsuit said. “But it did so without adopting any alternative to keep Title X funds from being used to subsidize abortion.”

Yost’s complaints, joined by other states including Arizona, Florida and Nebraska, describes further problems with the rule-making process.

“You can’t ‘follow the money’ when all the money is dumped into one pot and mixed together,” Yost said in a news release. “Federal law prohibits taxpayer funding of abortion — and that law means means nothing if the federal money isn’t kept separate. That, frankly, is the real reason behind the rule.”

A May 2021 letter also warned HHS not to change the rules.

This is not the first time the Biden administration has faced criticism for potentially violating rule-making procedures.

It also allegedly violated the comment period requirement for new regulations and circumvented a legal requirement that insurance providers bill separately for customers who want abortion. The Affordable Care Act (Obamacare) requires that abortion coverage is not included in the premiums charged to consumers. Instead, people who want abortion must pay a separate fee.

“Biden’s Department of Health and Human Services circulated a draft final rule that violates the clear language of Obamacare in order to benefit Planned Parenthood and other corporate abortion interests,” Mollie Hemingway of The Federalist wrote.