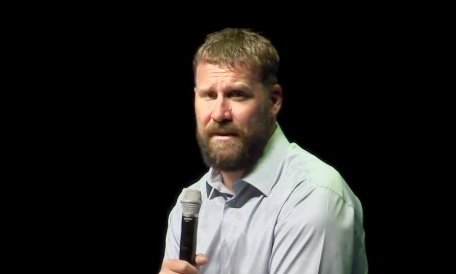 “But you have to dedicate yourself and understand that you can get out of it because of the grace of God, and him saying, listen, you know, you’re good enough for me the way you are,” Roethlisberger added. “You don’t have to be perfect.”

“We all fall short,” he later explained. “I mean, that’s what happens, but it’s OK, you can get back into the good graces. All it takes is ask.”

He overcame his addiction with the help of his girlfriend, who later became his fiancée.

Roethlisberger did not elaborate on his addiction to pornography.

He spoke at a Christian event called “ManUp” last Saturday. The event, according to the website, “encourages and teaches men to be godly leaders for their families, and raises awareness of the devastating impact of fatherlessness among youth today.”

The Steelers quarterback grew up in a Christian family, giving his life to Christ in middle school. During college and his early years in the NFL, however, he didn’t fully live up to Christian ideals. Three years ago, Roethlisberger was baptized, and his priorities now are God first, his wife second, and his three children third.

“I feel I’m a better Christian, a better husband, and a better father today because of his forgiveness of me,” he said.

“I want my kids to see me and my wife holding hands, I want them to see us laughing and having fun together. And that’s my challenge to the men out there: To love your wife so unconditionally – ‘yucky’ – that the kids are like, oh, you guys are so in love,” he added.

Roethlisberger now wants “to give all the glory to him (God), because that’s where it comes from. Every single thing that I have been blessed with – on the football field, off the football field – is because of him. It’s nothing to do with me. I put the work in, but he’s the one that motivates me in the morning to do the work, he’s the one that’s given me the ability.”

“I’m trying to be a better Christian than I am athlete and football player,” he said.

Admitting that he wasn’t good with Bible verses, he mentioned James 1:12, “Blessed is the man who endures trial, for when he has stood the test he will receive the crown of life which God has promised to those who love him.”

He also quoted James 1:19, “Know this, my beloved brethren. Let every man be quick to hear, slow to speak, slow to anger.”

The quarterback challenged men to “man up and be the best husbands and fathers you can be, and understand that we are forgiven. We don’t have to be perfect, but be the best that you can be.”