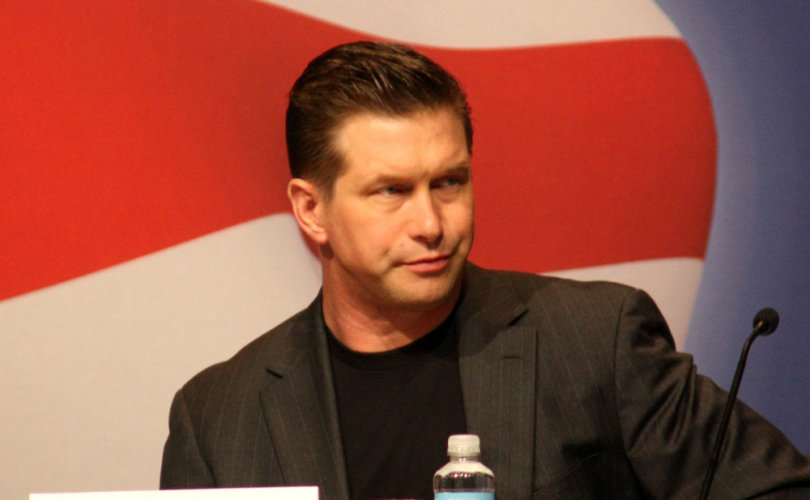 April 2, 2019 (LifeSiteNews) – Fifty actors so far are threatening to boycott Georgia if the state passes legislation to ban most abortions once a fetal heartbeat can be detected, but the less-prominent brother of one of the stars is breaking his silence to speak out against their threat.

House Bill 481 forbids abortions once a fetal heartbeat can be detected except in cases of rape, incest, physical medical emergencies, or pregnancies deemed to be “medically futile.” It passed its final vote Friday and now awaits a signature from Republican Gov. Brian Kemp.

Outspoken liberal actress Alyssa Milano and the Writers Guild of America (WGA) came out against the bill, followed by a letter signed by Milano and 49 other actors and actresses threatening to boycott filmmaking in the state if the “evil” HB 481 is signed into law. Among the signatories are Don Cheadle, Minnie Driver, Wil Wheaton, Ben Stiller, Amy Schumer, Colin Hanks, Sean Penn Rosie O’Donnell, and Alec Baldwin.

Over the past several days, Alec’s brother Stephen Baldwin issued a series of tweets on the subject, asking Milano if her mother should have had the “right” to prevent her birth, lamenting the fact that “my own family members have perpetrated the spirit of hate,” and sharing a prayer from Hebrews 12 to “fi[x] our eyes on Jesus, the pioneer and perfecter of faith”:

Alyssa Milano Urges Hollywood To Pay Attention To Georgia’s “Heartbeat Bill” | Deadline
Alyssa …
simple question about YOUR PERSONAL LIFE
should your mom have had the right to decide if YOU should have been born ??#ProLifeInsatiableProtest  https://t.co/RPa6gbVKdb

To all true believers  … thank you
Hebrews  12 pic.twitter.com/X4u5JfMAd7

Neither Baldwin brother responded to Fox News’ request for comment on their disagreement.

While liberals work to oppose the heartbeat bill as too extreme, several pro-lifers remain worried that its exceptions, particularly those for rape, incest, or “medically futile” pregnancies, are too lax. Georgia Right to Life called on House lawmakers to remove the exceptions added by the state Senate, but the House ultimately left the exceptions in.

“Georgia values life,” Gov. Kemp declared. “We stand up for the innocent and speak for those who cannot speak for themselves. The legislature’s bold action reaffirms our priorities and who we are as a state.”