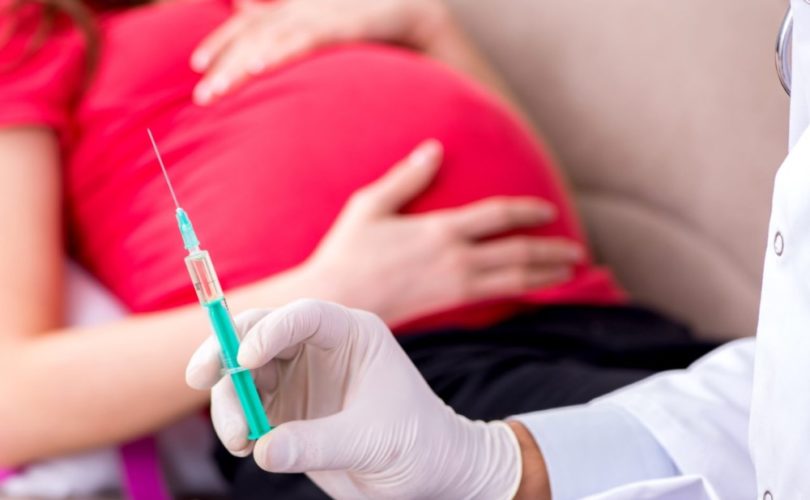 Research from as early as 2012 shows that the technology behind the experimental COVID-19 shots can lead to critical problems with fertility and pregnancy, Dr. Elizabeth Lee Vliet stated during the second “Stop the Shot” conference. The online meeting was streamed on August 19 by LifeSiteNews.

Vliet, the president of the Truth for Health Foundation, and other doctors and medical experts reconvened yesterday to discuss rediscovered peer-reviewed scientific research from 2012 and 2018.  They also presented new evidence from whistle-blowers that shows the technology behind experimental COVID-19 shots damages fertility and pregnancy. It is not being reported to the public by anyone else.

During her opening address, Vliet highlighted a peer-reviewed study from 2018 which found that nanoparticles, used in mRNA jab technology, “can disrupt the levels of secreted hormones, causing changes in sexual behaviour,” since the nanoparticles “can pass through the blood-testis barrier, placental barrier, and epithelial barrier, which protect reproductive tissues.”

Of the many possible effects is that human immune cells are “trained to attack” a protein vital to a successful pregnancy, Vliet warned, “leading to miscarriages, birth defects, and infertility” following a COVID-19 inoculation.

Dr. Mike Yeadon, a former VP at Pfizer and outspoken critic of the currently available, experimental jabs, underscored that, for good scientific and medical reasons, “we never ever give experimental medical treatments to pregnant women.”

He noted that thalidomide, a medication once used for morning sickness in pregnant women that gave children birth defects, “taught everybody a lesson.” In the six decades following the devastation caused by thalidomide, “we have been really careful advising women not to take medicines that we don’t understand during pregnancy.”

Despite governments advertising the COVID jabs as being safe during pregnancy, Yeadon argued that “they’ve not been around long enough to have possibly been the case for [officials] to have evaluated [this].” Additionally, “they haven’t done any studies at all,” he said.

But Yeadon indicated that the situation is worse than the authorities not knowing. He said that the authorities do know about the COVID-19 jabs’ potential for causing problems in fertility and childbearing, and yet they continue to advise pregnant women to take the shots.

Like Vliet, Yeadon drew attention to research on lipid nanoparticles which “surround the Pfizer and Moderna vaccines.” These particles “accumulate in the ovaries of rats,” according to a report released by Pfizer in response to a freedom-of-information request.

The report “shows very clearly that the lipid nanoparticles accumulate at least twenty-fold [in the ovaries] compared with other tissues,” Yeadon said.

“No one has evaluated what the consequences of that are.”

Citing a 2012 paper on research into the effect of nanoparticles on the ovaries, Yeadon said that the researchers posited an “unrealised toxicity risk in humans” as a result.

“That means they’ve known for 9 years,” he lamented, adding that he has verified “with colleagues who work in the specialty area of formulation” at Pfizer, who say that “it’s a problem … the lipid nanoparticles concentrate in the ovaries.”

Although the research into nanoparticle toxicity was conducted on mice and rats, Yeadon argued that it must be presumed that humans, also mammals, will be at similar risk.

“If someone wants to persuade me that they’re not concentrating in human ovaries, they are going to have to provide me with some data,” he said.

Furthermore, Yeadon explained that the spike protein generated following the COVID jabs can force the creation of antibodies against the placenta, meaning that the body essentially attacks the organ responsible for nourishing the unborn child in the womb. Vliet clarified that interference with the placenta is a “known cause of miscarriages.”

Dr. Raphael Stricker, a specialist in immune problems that lead to pregnancy complications and loss, revealed that a white paper [i.e. information guide] on the Moderna-developed jab highlighted a 16 percent reduction in fertility in rats given the shot. The reduction in fertility was not reported at the time, Stricker said, because “the threshold for reporting fertility problems is a 25 percent decrease.” Because it was only 16 percent, Moderna did not have to report this finding.

“Rats are probably the most fertile animals on the planet,” Stricker added, warning that the data is therefore “a big red flag” concerning human fertility.

Dr. Richard Blumrick, a maternal-fetal medicine specialist, explained that although the coronavirus, contracted naturally, does not appear to cross the placental barrier, the mRNA-developed jabs may be able to do so, putting vaccine recipients more at risk of fertility complications than those who contract COVID-19 without having been vaccinated.

“This vaccine is using mRNA surrounded in a sphere of lipid where the lipids now blend with cell membranes,” Blumrick explained. He stated that “these lipid vectors are likely to cross the placenta” and, subsequently “accumulate in the brain.”

Babies do not have an active immune system while in the womb, Blumrick continued, which leaves the child open to accumulating unmetabolized proteins in his brain, putting the child at risk of long-term cognitive functioning defects, including autism.

Commenting on the effects of the experimental jabs, Dr. Roger Hodkinson, CEO of Western Medical Assessments, complained that continuing to roll out the shots is “stark raving mad!”

“I’m blisteringly annoyed about the risks that we are subjecting pregnant women to, and younger women who might wish to become pregnant in the future, and their husbands,” he added.

Upon receiving the jab, “it’s intended to create spike protein that your body then reacts to with an immune reaction, theoretically,” Hodkinson said. “We now know that it’s not very protective at all from COVID-19 infection.”

The Cambridge University graduate explained that the protein binds to the ACE-2 receptor found on the SARS-CoV-2 virus. The ACE-2 receptor is “widely distributed in the body,” Hodkinson said, “but is particularly concentrated … inside every blood vessel, the ovaries, and the testes.” This is significant, since the spike protein can trigger an inflammatory process upon binding to the receptor “that causes the blood to clot” and can even cause “cellular destruction.”

Some people produce much higher quantities of the spike protein than others following the COVID jab, leaving them particularly prone to blood clots, Hodkinson said.

In relation to pregnancy, “the blood vessels lining the endometrium are going to be attacked after the jab with an experimental gene product,” he predicted.

“Thromboses will occur, bleeding will occur on the lining of the uterus … the endometrium is destroyed.”

Consequently,  Hodkinson is concerned that “many women” will miscarry in the earliest stages of pregnancy as a result of the jab, possibly without knowing they were pregnant in the first place.

In addition to early miscarriage, the antibodies to the spike protein “cross-react with certain critical proteins in the placenta.” An attack against the placental protein places the pregnancy at risk, Hodkinson noted.

To subject pregnant women to the experimental jabs is “the most outrageous attack on humanity,” the doctor said.

“[Despite] knowing these serious consequences, they are still doing it today,” he continued

“This is one of the most disgusting episodes in medical history. I am absolutely appalled by it. We’ve got to stop the shot now!”

The first “Stop the Shot” conference was hosted by the Truth for Health Foundation and broadcast live by LifeSiteNews on August 4.