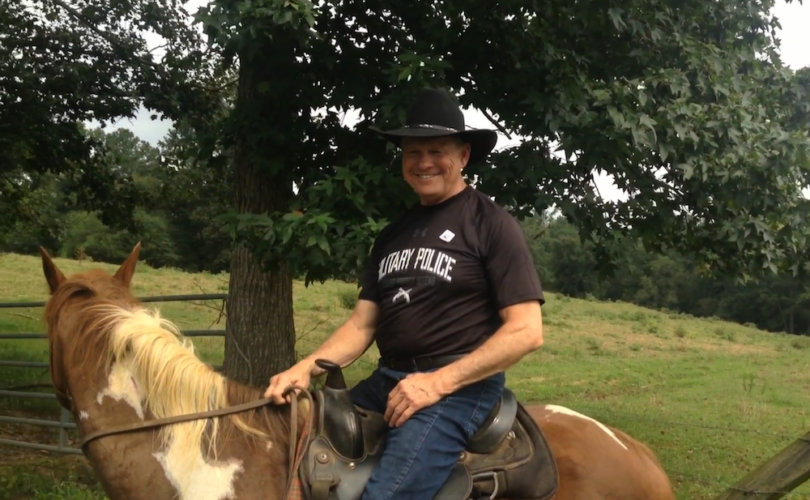 The ardently Christian pro-life and pro-family Moore has earned hero status among social conservatives for his principled battles against secular-activist tyranny and for leading the resistance to the Supreme Court’s 2015 Obergefell v. Hodges decision. That ruling effectively imposed homosexuality-based “marriage” on Alabama and a host of other states that had already voted to uphold natural marriage between man and woman.

Strange’s campaign has been heavily financed by PACs aligned with McConnell, R-Kentucky, and establishment GOP groups, so much so that conservative national radio talk show host Mark Levin has taken to calling Strange “McConnell’s lapdog.” Political pundits are viewing the race as a test of McConnell’s clout.

The ultimate Republican primary winner will likely be the next Senator from Alabama in the deeply red state. No Democrat has won statewide office in Alabama since 2006, or been elected to the Senate since 1992, the Alabama Journal-Constitution reported. (Alabama went 62 percent for Trump, putting it in the top five strongest pro-Trump states.)

Politico reported that Moore is “coasting” to a win in the primary race: “Polls have shown Moore steadily leading the sprawling field of nine candidates. A JMC Analytics and Polling survey taken Aug. 5-6 found Moore winning 30 percent of primary voters, Strange with 22 percent and (Rep. Mo) Brooks with 19 percent. A Trafalgar Group poll taken mostly after Trump’s Aug. 8 endorsement of Strange had Moore at 35 percent, Strange at 23 percent and Brooks with 20 percent.”

The liberal New York Times describes Moore as “a polarizing figure who was dismissed from the bench in 2003 for refusing to remove a Ten Commandments monument from courthouse grounds.”

The Times reports that most Alabama Republicans doubt that a Democrat could beat Moore in September, “yet establishment-aligned Republicans are alarmed at the prospect that he could be their standard-bearer.”

Ironically, of the three top contenders based on the polls, “outsider” Trump endorsed Strange, the McConnell ally most closely perceived as a political “insider.” Brooks, a conservative House Freedom Caucus member and Tea Party favorite, is running third behind Moore and Strange after getting pummeled by negative ads.

According to Politico, the pro-Strange forces, having decimated Brooks’ campaign with attack ads, “recently began running ads against Moore. Leading the way is the deep-pocketed Senate Leadership Fund, which has close ties to McConnell and pledged earlier this year to spend up to $10 million to prop up Strange. It plans to ramp up the attacks once the six-week sprint to a Sept. 26 runoff election begins.”

Senate Leadership Fund is run by Steven Law, former chief of staff to Sen. McConnell and CEO of the Karl Rove PAC American Crossroads. Rove is widely seen as the quintessential “establishment” Republican and hostile to the Tea Party movement.

Moore’s campaign biography is about as far from an establishment Republican as you can get in statewide politics. Rather than “moving on” from culture war issues like defending traditional marriage, as so many GOP politicians have, Moore was willing to lose his job over it, and did. Says his bio:

“Judge Moore was overwhelmingly re-elected by a vote of the people of Alabama as Chief Justice of the Alabama Supreme Court in November of 2012 and took office in January of 2013. In 2016, Judge Moore was suspended for upholding the sanctity of marriage as between one man and one woman. He retired to seek the office of U.S. Senate in 2017.”

Alabama voters passed the Sanctity of Marriage Amendment to preserve natural marriage by a whopping 81 percent in 2006.

“All actions of state and federal officials must conform to the Constitution which should only be changed by amendments of the people, not decisions of activist judges,” Moore states. “I support impeachment of judges and justices who knowingly and intentionally violate that principle.”

Before his post-Obergefell battle to preserve traditional marriage in the law, Moore was known for fervently defending the old-fashioned idea that America’s Constitution and legal system are rooted in the Bible.

“We must remain a moral and virtuous people, ‘One Nation under God,’” he wrote. “I support freedom of worship and the recognition of that God upon Whom we have always relied in peace and war.”

The uniqueness of Roy Moore

Moore’s story harkens back to a more innocent American era when there was a consensus of sorts behind Judeo-Christian morality. Should he be one of the top two candidates tonight and move on to the runoff election, he will likely be pilloried as an “extremist” by media pundits and liberal special interest groups.

The following is Moore’s reworded version of the patriotic song “America The Beautiful”:

America the Beautiful, or so you used to be.

Oh, sweet land of liberty, your house is on the sand.

Choosing to indulge their lusts,

When God has said abstain.

From sea to shining sea, our Nation turns away

From the teaching of God's love

And a need to always pray.

So many worldly preachers tell lies about our Rock,

Saying God is going broke so they can fleece the flock.

We've kept God in our temples,

How callous we have grown.

When earth is but His footstool,

And Heaven is His throne.

We've voted in a government that's rotting at the core,

Who throw reason out the door,

Too soft to place a killer in a well-deserved tomb,

But brave enough to kill a baby

Before he leaves the womb.

You think that God's not angry,

That our land's a moral slum?

How much longer will He wait

Before His judgment comes?

How are we to face our God,

From Whom we cannot hide?

What then is left for us to do,

But stem this evil tide?

If we who are His children will humbly turn and pray;

Seek His holy face and mend our evil way;

Then God will hear from Heaven

And forgive us of our sins,

He'll heal our sickly land and those who live within.

But, America the Beautiful,

If you don't then you will see,

A sad but Holy God withdraw His hand from Thee.