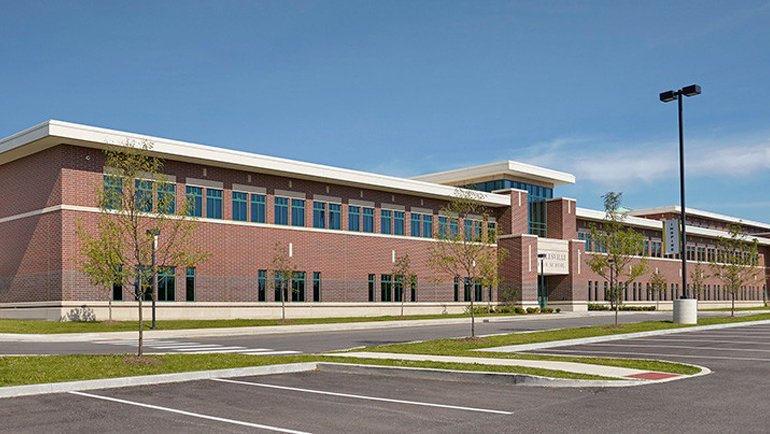 NOBLESVILLE, Indiana (LifeSiteNews) – A high school freshman filed suit against the Noblesville School District  and its administration for harassment, slander, and barring her from starting a pro-life group on campus.

“The school district cannot prohibit a student group simply because school administration does not agree with its policy position on important social issues,” said Zac Kester, CEO & managing attorney of Charitable Allies, the law firm that has taken on the student’s case. “Public schools should be eager to support an inclusive environment that showcases a variety of viewpoints. Students shouldn’t have to be afraid of teachers and administrators bullying them for their beliefs.”

The plaintiff in the case, known as “E.D.,” was initially granted permission to begin “Noblesville Students for Life” (NSFL) in August 2021. After a successful initial recruitment of 34 students, however, permission was soon revoked  after E.D. sought approval to distribute a flyer depicting a “controversial” image. The picture in question was a photo of students standing in front of the U.S. Supreme Court with signs that read “We are the pro-life generation” and “Defund Planned Parenthood.”

At first, E.D. was told school policy did not allow school group flyers to have images and that photos on them were not necessary, even though other school-approved student groups’ flyers featured pictures. When E.D. noted the  discrepancy to Dean of Students Jeremy Luna, he stated that the problem was the image of the protesters.

E.D. asked for the written guidelines for what was acceptable to the school for groups, and offered to change the photo, but no policy was provided. Instead, principal Craig McCaffrey immediately revoked the school’s permission for the group in an email to E.D.’s mom, citing his belief that the club is not “student-driven” as the reason. The intimation was that because E.D.’s mother had been present with E.D. and the principal for a meeting regarding the pro-life group, the group must then not have been E.D.’s idea.

The form E.D. submitted to start NSFL states that she sought to “develop student leaders and empower students to knowledgeably and courageously speak about abortion.”

“My club will also strive to bring awareness to the abortion issue, and positively impact my peers’ respect and value for life and the unborn,” she said.

Less than two weeks after McCaffrey’s email, E.D. was pulled out of class by Luna. In the hall, he allegedly demanded an immediate meeting with her but refused to explain why. E.D. requested to schedule it for later, because her family has a policy of requiring a second adult to be present whenever a child meets one-on-one with an adult.

Luna refused, spoke with a raised voice, and stood uncomfortably close to E.D. despite being told his actions were inappropriate. Eventually, he brought E.D. before one of the school’s assistant principals, Janae Mobley, where they discussed E.D.’s attendance at a feminist school group meeting, a photo she took of its power-point presentation, and demanded to inspect her phone.

The school has no written policy against taking photos, but E.D. was told doing so was in violation of school rules. The complaint alleges that Luna, who is publicly acknowledged by students as aggressive and intimidating, used this occasion as a pretext to target and bully E.D. in a show of force and authority over her. E.D. left the meeting with Luna and Mobley shaking and in tears.

“The degree to which adults in authority attempted to intimidate a high school freshman is astonishing,” Students for Life of America President Kristan Hawkins said in a press release. “Noblesville High School officials went all out to ensure that a minor girl could not speak in their presence about her love for mothers and their children, born and preborn, and that she would keep quiet at school.”

In November, tensions escalated when an email E.D. wrote to a city councilman about the pro-life group was published without the consent of her parents on two Facebook pages, the Noblesville School Community and Noblesville Uncensored. Disparaging comments were made about E.D. and her efforts to launch a pro-life group. Some teachers from the Noblesville School District expressed their support for these remarks and suppression of NSFL. They are named as defendants in the lawsuit.

“I wanted to start this club to inspire like-minded students to advocate for our most vulnerable, and point students to resources designed to uplift them in their time of need,” said E.D. “I knew some people would disagree with me, but I never expected to be attacked online — especially by my teachers.”

The situation reached a new peak on Dec. 3 with an op-ed written by E.D.’s pastor, Micah Beckwith, in the  Noblesville Times. Beckwith criticized the school district for its discriminatory policy against the pro-life group and stated that conservative voices are intentionally shut down in the schools while liberal viewpoints are routinely promoted.

The newspaper allowed McCaffrey to respond. He claimed that pro-life groups had been permitted in the past but that NSFL was de-platformed “due to multiple instances of disregard for school protocols.”

McCaffrey did not provide specifics regarding which protocols had been broken, but again suggested that E.D. was not in control of her group. McCaffrey stated that he was working with the student “to ensure compliance” and expected NSFL “to be reactivated soon.”  McCaffrey sent a copy of his rebuttal to all Noblesville High School students and parents from his work email account.

“Viewpoint discrimination is unconstitutional in Indiana and nationwide,” she concluded.