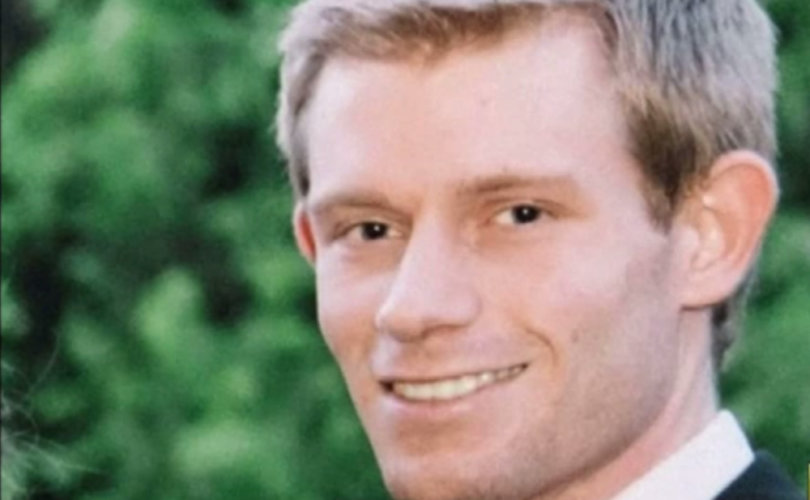 FORT WORTH, Texas, June 22, 2017 (LifeSiteNews) – The father of a University of Texas at Arlington student who committed suicide is suing the university and another student who accused his son of making a gay slur against him in class.

Wayne Klocke filed suit in U.S. District Court in April arguing that the university mishandled a reported instance of sexual harassment between his son, Thomas, and the other student, Nicholas Watson.

Watson, who is gay, accused Thomas Klocke of typing anti-gay slurs on his computer during a class they both attended last May. Klocke, a heterosexual male, vigorously denied the charge.

And even though university investigators found no evidence to support the claims, Klocke was kicked out of the class and his grade suffered, putting his graduation and further plans at risk.

Klocke killed himself last June after being punished by the university for sexual misconduct.

Along with UTA denying Thomas the benefits of his education, the suit contends “the actionable misconduct of UTA and Watson foreseeably injured Thomas, causing him immense embarrassment, the destruction of his reputation and severe mental anguish and pain,” all of which helped lead to Thomas taking his own life.

The suit accuses the university of violating Title IX and accuses Watson of defamation.

Title IX of the Education Amendments of 1972 concerns discrimination or harassment based upon sex and requires educational institutions to address such issues or risk losing federal funding.

The lawsuit also alleges the university ignored his son’s claims of unwanted sexual advances on the part of Watson and suggests that Klocke’s rejection of Watson led Watson to make up his story, potentially for fear that he himself could be accused of sexual misconduct.

Both UTA and Watson have filed motions to dismiss the lawsuit.

The suit also argues the university’s actions were a result of it seeking to make itself look good as a leader in addressing sexual harassment and other aggression on campus, alleging “bias and stereotyping against males accused of sexual harassment, sexual violence or aggressive behavior.”

Wayne Klocke is not alone in saying as the lawsuit claims that his son was denied due process.

“If every other egregious example of a male student denied due process after being accused of sexual misconduct gets ignored – this one should not be,” wrote Watchdog.org's Ashe Schow.

The headline in her piece called the process by which Klocke was adjudicated a “Title IX kangaroo court.” Schow continued, “College administrators, as well as members of the media and legislators, would do well to remember the name Thomas Klocke.”

National Review’s David French wrote that by denying students due process, American universities have put themselves on the edge of a constitutional crisis, and he noted the suit’s allegation that the universities have sought acclaim for addressing sexual violence on campus.

The claims in the lawsuit are “extraordinary,” French wrote, and “if proven true — should send chills down the spines of parents of male children.”

Wayne Klocke filed his suit as independent administrator of the estate of his son, and alleges that UTA discriminated against Thomas based on his gender and status as an accused male aggressor.

The suit states that universities “have sought prestige and publicity portraying themselves as leaders in curtailing sexual harassment, sexual violence and aggressive behavior on campus.”

Therefore, “For public relations purposes, and to preserve their federal funding, eligibility,” they “have a vested interest in enacting swift and harsh punishment (almost always upon males) who are merely accused of sexual harassment, sexual violence or aggressive behavior, in order to preserve the appearance of their leadership on the issue of curtailing the same.”

After the alleged incident, Watson contacted a senior university administrator whom he knew, the university’s vice president of student affairs and dean of students.

Instead of starting the school’s Title IX process for addressing complaints of sexual harassment or gender discrimination, the dean helped Watson prepare a claim that completely skirted normal procedures.

The dean is said to have assigned the case to the school’s associate director of academic integrity, who immediately issued an order banning Klocke from both contacting his accuser — whom he did not know — and also prohibited him from attending the class where the incident took place.

Further, and importantly, Klocke was also barred from contacting any member of the class, directly or through any other person. This would have blocked him from seeking statements corroborating his account of things.

The dean later reportedly banned Wayne Klocke, an attorney, from attending a meeting pertaining to the case with his son, before then deciding the dispute having not followed the university’s own procedures.

He did so also without affording Klocke the chance to contact or call witnesses, and likewise without hearing from any witnesses who could verify either student’s claims.

The school has denied that it deviated from required processes and claims that it “followed its policies and procedures.”

“This is a tragic situation and we express our deepest condolences to the family for their loss,” a university statement said. “The welfare of our students is our highest priority. Any loss is a heartbreaking one for our entire community. The university followed its policies and procedures. This is now the subject of a lawsuit in federal court; therefore, we are unable to respond further at this time.”

What happened that day

The accounts of what took place in the classroom last May 19 conflict completely.

Watson accused Klocke of typing “gays should die” into the search bar of his web browser during a class discussion on “privilege.” Watson said he responded to this by typing into his own computer, “I’m gay.” He alleges that Klocke then said he was a “f****t” and should consider killing himself.

Klocke’s account has Watson making unwanted sexual advances, beginning by Watson calling him “beautiful.” Klocke had said he responded by typing into his web browser, “Stop, I’m straight.” Watson replied by typing, “I’m gay,” and reportedly kept glancing at Klocke, who eventually got up and moved seats.

After university officials had completed their handling of the dispute, Klocke received a letter last May 25 informing him he had been found responsible for harassment, despite their having acknowledged during the process there was no evidence to support the claim.

Klocke was then put on disciplinary probation for the rest of his time at UTA, and would have this placed on his disciplinary record. It was never explained to him why he was found responsible without evidence.

“UTA’s disparate treatment of the respective reported allegations of misconduct by Watson and Thomas could not have been more blatant,” the lawsuit states. “UTA leapfrogged over any investigation or hearing of the allegations against Thomas – presuming and finding him guilty of a disciplinary code violation merely because of the allegations.”

“In contrast, UTA completely ignored Thomas’ allegations against Watson,” it continued, “subjected him to no investigation or disciplinary inquiry at all, and chose instead, to retaliate against Thomas for accusing Watson of misconduct, and not admitting his own guilt.”

“The complaint was literally accepted as true without any supporting evidence,” Chaiken said, “no process, no procedure, no hearing, no opportunity to present controverting evidence.”