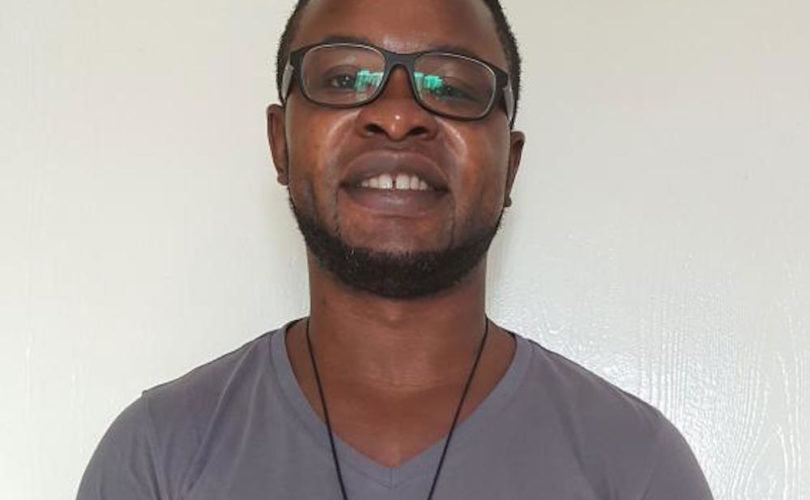 Felix Ngole's Christian views make him unfit for a career as a social worker, according to Sheffield University.Christian Concern

UNITED KINGDOM, February 29, 2016 (LifeSiteNews) — A postgraduate student on an educational path to enter social services has been expelled from his university after being told by administrators that Facebook comments he made months ago arguing the Christian position against gay “marriage” made him unfit to become a social worker.

Two months after posting to Facebook comments defending U.S. county clerk Kim Davis and her decision to not grant marriage licenses to same-sex couples as well as quoting the Bible’s condemnation of homosexual acts, 38-year-old Felix Ngole found himself before a disciplinary hearing at Sheffield University due to a student complaint about his post.

The university’s “fitness to practise” panel told Ngole that his post “may have caused offense to some individuals” and that his publicly posted views would jeopardize his ability to operate as a social worker. Ngole was immediately asked to hand in his student ID and even his library card.

“The committee were clear to point out that their decision is not based on your views but on your act of publicly posting those views such that it will have an effect on your ability to carry out a role as a social worker,” the letter expelling Ngole stated.

Ngole told The Telegraph that he has appealed the decision. If that fails, as he expects it to, he is prepared to launch a full legal challenge.

“I am not against people who are in same-sex relationships, that is their choice, but I am a Christian and if asked for my views I should be free to express that,” he said, adding, “I didn’t intimidate anyone and I didn’t treat them in a discriminatory manner.”

Lawyer Paul Diamond of the Christian Legal Centre is helping Ngole craft the defense, arguing that it is discriminatory for the university to bar an individual from taking a course to enter a profession based on the ground that the individual might possibly offend someone in the future.

“What is absolutely shocking is that we have got a student who expresses a view on his own personal Facebook page and is removed from a university course and effectively barred from professional vocational training for voicing opinions which are held by millions of people around the world,” said Andrea Williams, chief executive of the Christian Legal Centre, to the Telegraph.

“A university is shutting down the possibility of him pursuing his chosen career by ending his professional training. This is just the latest step in a long line of cases in which professions have been closed off to Christians. But now we are seeing it at the university stage – the very place where we are supposed to be able to discuss different opinions,” she said.