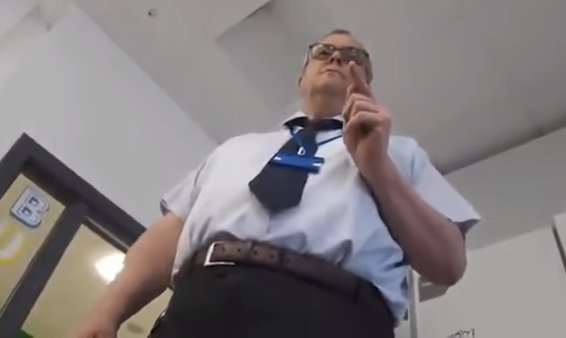 This teacher told a student that he's required to accept that there are more than two genders.YouTube

PETITION: Support 10-year-olds suspended for asking to be excused from LGBT lesson Sign the petition here.

SCOTLAND, July 5, 2019, LifeSiteNews — The Scottish student who was suspended from school for posting a video showing him disagreeing with his teacher who insisted that there are more than two genders has now been expelled.

For the first time since his initial suspension, the student, known only as “Murray,” went on the record with blogger I,Hypocrite, who had helped Murray’s video go viral.

“Update: MURRAY EXPELLED!” announced the blogger via Twitter. “Two-genders kid has been kicked out of school for recording his marxist teacher!”

Update: MURRAY EXPELLED!
Based two-genders kid has been kicked out of school for recording his marxist teacher!
I have an exclusive interview with him available here:https://t.co/pvpACUUGOD
And a gofundme page to show your support:https://t.co/t8ZmBMCILt pic.twitter.com/LrLIw2Oe0K

“We got called back in today for another meeting today,” said Murray. “They said that after having lots of talks with people higher up they said it’s not OK for me to finish my education at that school.”

“And they told me that there’s no chance I can return,” he added.

“This happened just this morning,” said Murray.  “I’m still kind of coming to terms with it.”

“I’m kind of in limbo at the moment. I don’t really know what’s going to happen,” said the 17-year-old, who now has to find a new school.

“This is definitely a big speed bump in my life,” said Murray.

A GoFundMe appeal, which was set up for Murray earlier this week to help cover his expenses as he searches for a new school, was shut down two days later by the popular crowdfunding site.

“So GoFundMe has cancelled the campaign and also banned my account. I have not been given any reason other than I violated the terms somehow,” tweeted I,Hpocrite. “All donations were refunded.”

so @gofundme has cancelled the campaign and also banned my account. I have not been given any reason other than I violated the terms somehow. All donations were refunded. pic.twitter.com/YJS9iDNWPO

A new fundraiser set up for Murray has raised about $1,500 so far.

The now viral video captured by Murray on his smartphone three weeks ago shows his teacher at the Mearns Academy in Aberdeenshire lecturing him outside the classroom for not being “inclusive.”

“Why did you kick me out of class? It’s not very inclusive of you,” said Murray.

“I’m sorry, but what you were saying is not very inclusive,” said Murray’s teacher, “and this is an inclusive school.”

Murray then asked why what he said was not inclusive.

“There are more than one gender,” answered the teacher.

“That is my opinion and that is an opinion which is acceptable in this school,” said the teacher, appealing to Scottish national school policy. “And I think yours, saying there is no such thing as anything other than male or female, is not inclusive.”