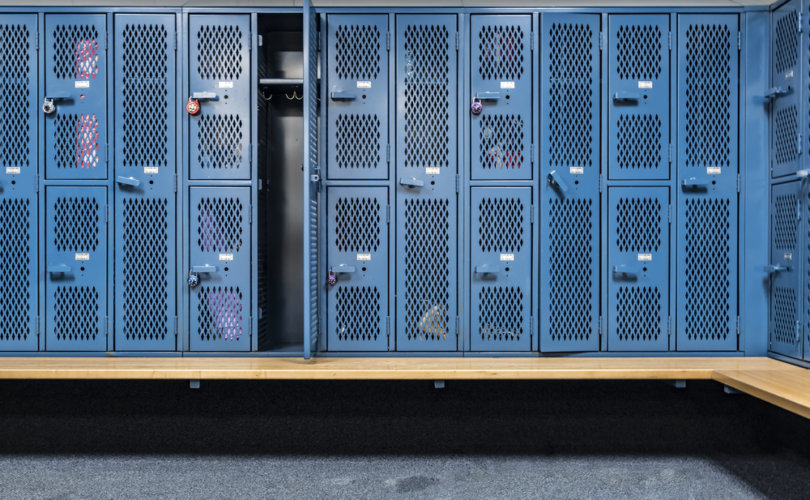 PHILADELPHIA, Pennsylvania, March 23, 2017 (LifeSiteNews) – A high school student and his parents sued their school district in federal court Tuesday after he was exposed unwillingly to an undressed female classmate while changing in a locker room.

An official from the Boyertown Area School District told the male student to “tolerate” having a girl in the boys’ locker room in response to his request for help in protecting his privacy, according to Alliance Defending Freedom (ADF). The official also told the boy twice to make changing with students of the opposite sex as “natural” as he can.

ADF and the Pennsylvania-based civil rights legal organization Independence Law Center (ILC) are co-counsel in the case filed in the U.S. District Court for the Eastern District of Pennsylvania.

The suit claims sexual harassment under the federal Title IX law, violation of the fundamental right to bodily privacy under the U.S. Constitution, and violation of a state privacy law, an ADF statement said.

The minor male identified as “Joel Doe” in the lawsuit was standing in his underwear getting ready to put on gym clothes in the boys’ locker room last October when he unexpectedly encountered the undressed female student.

The boy complained to school leaders and was informed that students subjectively identifying themselves as the opposite sex were now allowed to choose the locker room they want to use. The policy change occurred without any notice to students or parents.

The school district, located about 60 miles northwest of Philadelphia, secretly opened sex-specific restrooms and locker rooms to students of the opposite sex, according to ADF.

Attorneys from both legal groups criticized the violation of the boy’s privacy rights.

“No school should rob any student of his legally protected personal privacy,” said ILC chief counsel Randall Wenger. “We trust that our children won’t be forced into emotionally vulnerable situations like this when they are in the care of our schools because it’s a school’s duty to protect and respect the bodily privacy and dignity of all students. In this case, school officials are clearly ignoring that duty.”

“Our laws and customs have long recognized that we shouldn’t have to undress in front of persons of the opposite sex,” ADF legal counsel Kellie Fiedorek said. “But now some schools are forcing our children into giving up their privacy rights even though, in this case, Pennsylvania law requires schools to have separate facilities on the basis of sex.”

ILC senior counsel Jeremy Samek added, “Respect means protecting the personal privacy of each student, not taking it away. It’s regrettable that a student would have to go to court to ensure that his well-established privacy rights aren’t tossed aside.”

The suit also argues that the district is putting gender ideology ahead of students’ rights.

The school’s policy is “grounded in gender identity theory,” it states, “which asserts that a person’s subjective perception of their own ‘gender’ should be more important in every conceivable setting than sex, one’s biological/anatomical status as either male or female.”

And it asserts that aside from purposefully violating the boy’s privacy rights, district officials “attempted to harass and coerce the minor plaintiff into further privacy violations.”

School officials are said to have told Joel Doe’s family that if he was uncomfortable undressing in front of students of the opposite sex or using the nurse’s office to change that he could withdraw and be homeschooled.

They also reportedly informed the vocational technical school the boy attends in the afternoon that he brought these concerns to them, prompting further persecution there.

The case is unique in that litigation thus far involving transgender bathroom access has typically sought to impose facility access for gender-confused individuals as opposed to blocking it. The suit seeks compensatory damages and reversal of the district’s policy.

“My client is standing up not only for himself but for those who feel bullied,” Wenger said at a press conference. “It’s an egregious violation for the school to just brush off these students and tell them their feelings don’t matter and to make it as natural as they possibly can.”

Earlier this month, the U.S. Supreme Court vacated a case centered on a gender-confused female student identifying as a boy who wants access to the school’s male restroom facilities.

Gloucester County School Board v. Gavin Grimm had been set for a March 28 Supreme Court hearing and was being watched for implications in the push for transgender bathroom access in public schools. However, the Court remanded the case back to the Fourth Circuit Court of Appeals for further consideration.

The decision was issued “in light of the guidance document” from the Trump administration reversing former President Obama’s transgender bathroom order pushing schools to allow “transgender” students use opposite-sex restrooms and locker rooms.

The Boyertown Area School District has until April 4 to respond to the ADF-ILC suit.