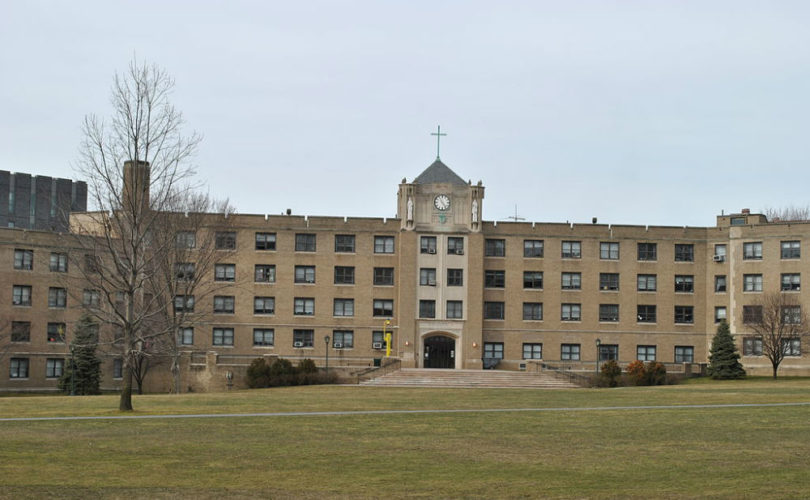 A new, but unrecognized group of students at Fordham University, the Sex and Gender Equity Safety Students (S.A.G.E.S) Coalition, recently distributed condoms and messages to students who attended the University’s homecoming events, according to The Fordham Ram. The condoms were reportedly given out despite the University’s policy prohibiting distribution of contraceptives on University property or at University-sponsored events.

S.A.G.E.S launched a social media campaign in early September to engage students in protesting Fordham’s contraceptives policy. Condoms were given to students at football games and homecoming and were attached to a message stating, “Students deserve safety.”

The group told The Fordham Ram that the condom distribution “is just one tactic of many that we intend to use to engage students in our campaign. We are raising awareness of both sexual health facts and practices, as well as the outdated and out of touch policies that inhibit the safety of students.”

A September 24 staff editorial in The Fordham Ram advocated evaluating whether the Fordham policy is worth reconsidering. The editorial also drew a distinction in University policy, claiming that although students may not distribute condoms, they are permitted to possess them.

A Fordham University official declined to comment when asked by The Cardinal Newman Society about the campus policy and how the University intends to handle the student group, S.A.G.E.S.

Christopher Rodgers, Fordham’s dean of students, told The Fordham Ram that “the policy prohibiting distribution of birth control follows Church teachings on reproductive issues and this should of course be respected, but conversation about beliefs is something we are always eager to have.”

An F.A.Q. from Fordham’s Student Health Services states that Fordham University, “as an independent Catholic, Jesuit University… cannot be neutral on moral questions such as abortion and contraceptive devices. The teachings of the Catholic Church on these issues have been clear and consistent.”

This is not the first time that Fordham’s birth control policy has garnered student dissent. In 2011, Fordham students set up a “rogue clinic” to receive birth control prescriptions and protest the University’s policy, according to the NY Daily News. In the article, a student reportedly said that “the Catholic Church’s teachings are at odds with the school’s often progressive student body.” And in 2013, The Record at Fordham Law published a piece questioning Fordham’s continued adherence to Catholic Church teaching on birth control, while receiving public funding from the state of New York.