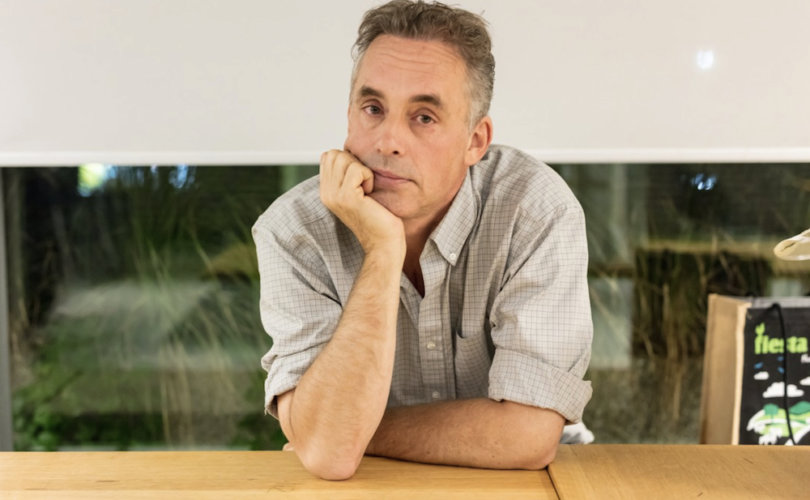 In an hour and forty minute presentation at Queen’s University in Kingston, Ontario, now available on Youtube, Peterson gave a short presentation on the rise of “compelled speech in Canada” before taking students’ questions.

In a marked contrast to the screeching activists outside, the young people inside Grant Hall showed a sincere interest in what the northern nation’s most famous living public intellectual had to say. Their respect was rewarded with equally respectful and deeply insightful answers.

Peterson’s reply to the fourth question in particular pertained to students who fear that speaking their minds will ruin their career prospects.

“In terms of practicality, what are your tips and your perspective on steps that students can take to speak their minds while not sacrificing their future prospects?” asked one young man.

Peterson said that it would be “very practical” for students not to write in their essays what they think their professors want to hear.

“There’s absolutely no excuse whatsoever for doing that,” the best-selling author said. “Now, first of all, most professors, even those who have descended into a state of ideological possession… still have enough character to grade an essay that’s well-written properly. So you’re actually taking less of a risk than you would think by stating what you have to state.”

Peterson warned that pandering to professors has negative consequences on student character.

“If you start practicing when you’re in university, when the stakes are rather low, pandering to the audience … and saying what you think will get you by, you’re going to train yourself to do that,” he said. “And what that means is that you’re going to train yourself in the falsification of your character. And your character is the only thing you have to guide you through life.”

By contrast, riches and luxuries are only “a thin defence against the harsh realities of the world,” Peterson said. The intellectual battles young people fight in university strengthen their minds and characters for the rest of their lives.

“When you go to university, you learn to say what you think as clearly as you can, and to take the slings and arrows that come along with that,” he said.

“When you’re writing, you’re thinking,” Peterson continued. “You’re laying out the arguments that you’re going to use to structure your existence in the world throughout your entire life, and if you start twist and bend those for expedient reasons, you’re going to warp your soul.”

Unconsciously echoing Thomistic virtue ethics, Peterson underscored that habit forms the character: “You become what you practice…If you automate expedient speech for the sake of short-term gain, then that’s what you’re going to produce…Well, God help you if you do that.”

Such craven self-censoring robs students of the ultimate benefits of a university education.

“There is nothing that you will possibly do in your entire life that will serve you better than to get control of your voice in university,” Peterson said. “Obviously you do that by reading…great people. You do that by writing what you think. You stay true to yourself while you write what you think.”

“You take the risks and you gain the benefits that go along with that. You learn to stand up and speak and to listen carefully,” he continued. “That makes you a negotiator of unparalleled power. And if you’re a negotiator of unparalleled power, there’s nothing in the world that won’t open itself up to you. So that’s what you’re doing in university.”

If students face the few professors who reject their free thought, then it’s the students’ “sacred obligation” to stand up for themselves.

“It’s going to happen to you throughout your whole life, and you might as well start practicing how to do it right now,” he said.

Peterson also encouraged students not to adopt the terminology of those determined to play the “identity politics game.”

By accepting the use of words like “gender” in place of “sex,” which Peterson said he himself was tempted to do, conservatives get dragged into identity politics. The clinical psychologist understands the inner compulsion to use politically correct language to be “nice,” but he said he also knows where identity politics leads.

Although no blood was spilled on the streets of Kingston as a result of Peterson’s talk, an activist left blood on the lecture hall window she broke while the professor was speaking. The 38-year-old woman was arrested and taken into custody after fleeing the scene. Police say that they found a weapon in her backpack. She is not a Queen’s University student.