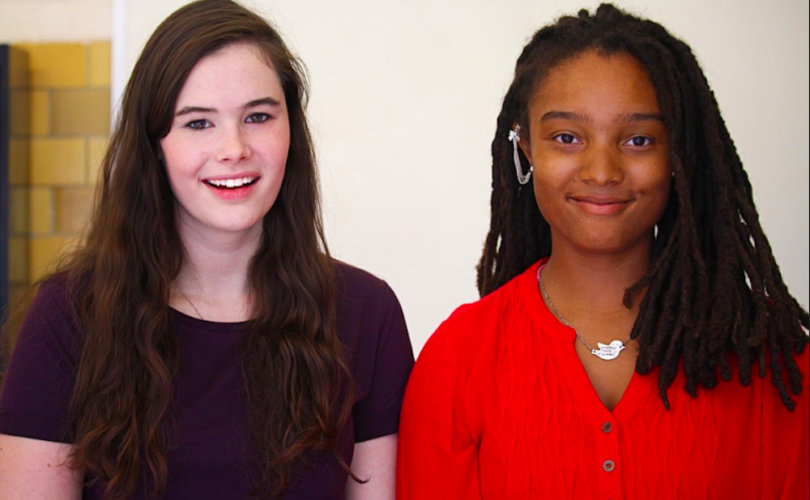 The stated purpose in the constitution and bylaws of the “Planned Parenthood Generation Action” club at Maggie L. Walker Governor’s School for Government and International Studies (MLWGS) lays it bare.

“The purpose of this club is to provide education, outreach, and advocacy opportunities at Maggie Walker to support the goals of Planned Parenthood,” it says. “It is meant to let students learn more about the issues that affect their lives, create a network with other students who support Planned Parenthood, and engage in the political process to win elections and pass pro reproductive freedom legislation.”

The first meeting of the new “Planned Parenthood Generation Action” club was scheduled for September 19, a post on the school’s Facebook page said. “Whether you are interested in health, education, or getting community service hours this election season this club is for you.”

An English teacher at the school, Janet Spencer, is the Planned Parenthood club’s faculty monitor.

“Goddu, Mier, and Vickers are more than enthused to bring a new experience to the student body of Maggie Walker. Goddu explained that Generation Action chapters operate by advocating for reproductive rights, keeping Planned Parenthood clinics open, offering a wide range of publicly available education services, and lobbying to remove targeted restrictions such as those imposed on abortion providers. Maggie Walker’s Generation Action club plans to meet the goals of its founders and of the Planned Parenthood organization through three primary branches.”

The club will have three vice presidents — one for education, one for advocacy and the third for outreach.

College campuses are typically the target of the Planned Parenthood program, and the Maggie Walker student news site notes that the high school is an exception.

Planned Parenthood is trying to commandeer the pro-life movement’s messaging, Students for Life of America President Kristan Hawkins told Breitbart, and while the abortion giant’s expansion into high schools is disturbing, she offered some numbers for perspective.

“I think Planned Parenthood has been spending too much time trying to copy the Pro-Life Generation with their not-so-subtle messaging of the ‘Planned Parenthood Generation’ and now their entrance into the realm of high school clubs,” she stated. “They boast 200 college groups while Students for Life of America passed the 1,000 group mark for high school and college pro-life groups earlier this year.”

The Planned Parenthood club at Maggie Walker also provides examples of how the abortion chain uses young people to advance its agenda by offering internships.

Goddu is in the midst of Planned Parenthood mentorship and she said she hopes the Maggie Walker Planned Parenthood club will help bring her work with the abortion giant into the school. She also criticized her middle school for its sex education program’s emphasis on abstinence from sex.

“They said that the only definition of abstinence was that it was abstaining from sex until marriage between a man and a woman,” she said. “And I was like — abstinence can be applied to many things — like abstaining from doing basically anything!”

The Planned Parenthood club will provide “inclusive sex education that’s not just about … what’s between a man and a woman,” Mier said, “but also is LGBTQ inclusive …”

The abortion industry’s lingo term of “choice” will be the prime talking point of the Planned Parenthood club’s education program, according to Vickers.

“A choice in any type of good society should be … the choice to abort if she wants to or [the woman] should have the choice to have the child if she wants to and feel like the government places enough value on the life of all people that they will support her and her child in every way possible,” she stated. “That is a choice, and that’s what I want people to know.”

Hawkins views Planned Parenthood’s incursion onto the Maggie Walker campus as an effort on the part of the abortion giant to promote itself to younger and younger students in the hopes of generating future business.