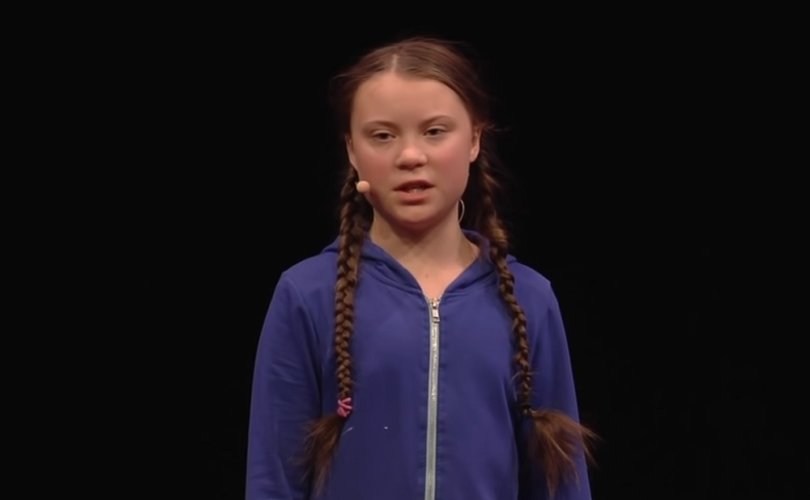 TORONTO, September 19, 2019 (LifeSiteNews) — A growing number of students from around the world are pledging not to bear children until their governments do something to combat so-called climate change.

Launched by 18-year-old Canadian Emma Lim, the initiative asks students to refrain from having children until their government takes action.

“I pledge not to have children until I am sure my government will ensure a safe future for them,” the initiative’s website states.

“I am not the only young person giving up lifelong dreams because they are unsure of what the future will hold. We’ve read the science, and now we’re pleading with our government. ​Please, keep us safe. Please act while there is still time,” she writes on her website.

Carleton University professor Michael Hart argued in his 2016 book Hubris, however, that climate change advocacy is based on “poor science” and is being used as a Trojan horse for ramming through a social agenda on an unsuspecting population.

On Tuesday, Lim told CBC Montreal’s Daybreak program, “Our government isn't doing enough.” She said her country’s legislators are “nowhere near the action needed.” On Twitter, supporters can use the “No Future, No Children” hashtag to register their position. Lim has launched a website where they can announce their decision.

As of Thursday, more than 1,000 people had registered at Lim’s website. While Lim herself claims she wants children, she says she wants them only if they can be “safe.”

Lim believes that global climate change will cause mass migration. Comparing it to the Holocaust, she said she fears that her children will have to “again face the very worst of humanity.” On CBC, Lim said, “It’s clear that our leaders aren’t taking this seriously, and this is a serious issue,” referring to the approval of the Trans Mountain oil pipeline by the Canadian government.

Lim’s website is linked to the Climate Strike Canada website, which is calling on students to leave their classrooms on Friday to demonstrate their support for climate change doctrine. Among student testimonies collected by the website, “Emma” is quoted: “Just 100 companies are responsible for 70% for GHG [greenhouse gas] emissions, [yet] convenient rhetoric keeps the blame and responsibility off their shoulders. I strike because I believe change is possible and because there is so much in this world worth protecting.”

According to its website, Climate Strike Canada endorses a Canadian Green New Deal and supports the Global People’s Platform for a Livable Future. Among its proposals is the reduction of greenhouse gas emissions of 75% over 2005 levels by 2030.

Students of all ages are expected to walk out of school, starting on Friday, as part of a global climate strike. In Canada, some school boards are allowing or even encouraging students to skip class. Among the institutions in support are the Toronto District School Board, Dawson College of Montreal, and the University of British Columbia. The Toronto board has asked schools to avoid scheduling tests on September 27 so as to ensure that students are not penalized academically for taking part in the rally outside the Ontario legislature. Students under 18, said the authorities, must obtain parental permission to skip class.

The University of British Columbia told student participants that they should talk to their instructors first, while faculty members were told to inform students in advance should they participate in the strike.

New York City schools declared recently that students participating in the strike will receive excused absences. Students around the world are set to participate.

Media attention has been focused on Greta Thunberg, a 16-year-old climate activist from Sweden who has been largely credited with starting the student movement in her country. She testified before the U.S. House of Representatives this week, appearing at a hearing on Wednesday. She offered a copy of the United Nations’ report from the Intergovernmental Panel on Climate Change, which offered findings of scientists to be used by government leaders.