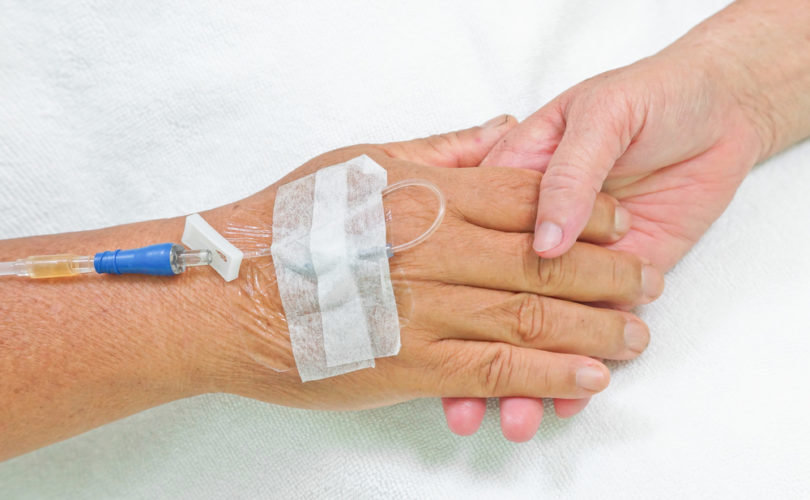 April 13, 2018 (Society for the Protection of Unborn Children) – A survey of end of life decisions among Flemish cancer patients has found that more than one in 10 deaths (10.4%) were from euthanasia or physician-assisted suicide.

The study, published in The British Journal of Cancer, was based on a questionnaire sent to Flemish physicians who had certified a representative sample of all deaths in Flanders. The doctors were asked whether, in the case of a death that wasn't sudden or unexpected, they had either 1) withheld or withdrawn life-prolonging medical treatment, 2) intensiﬁed the alleviation of pain and/or other symptoms with drugs with the possibility of hastening death; or (3) administered, supplied or prescribed drugs with the explicit intention of hastening death.

The report says that “more than one in 10 deaths (10.4%) were from euthanasia or physician-assisted suicide, which is a considerable increase on the 5.6% of all cancer deaths recorded in 2007 and substantially higher than the general rate of 4.6% recorded in 2013.” It also notes that “this high rate of assisted dying is consistently noticeable in all cancer groups” (ranging from 8.7 % for genitourinary cancer to 12.6% for respiratory), and that it does not differ signiﬁcantly between cancer types.

Perhaps the most worrying aspect of the report is the finding that “the administration of drugs with the explicit intention to hasten death (life-shortening acts) without the explicit request from the patient occurred in 1.8% (1.0-3.4%) of the cancer deaths during the studied period.” The authors dismiss the idea of the “slippery slope” in regard to this evidence of patients being killed without consent, saying: “no clear evidence has been found to support this fear. In Belgium and the Netherlands, where euthanasia has been legal for many years, the proportion of deaths in which life-ending drugs were used without explicit patient request has not risen since the legalisation.”

They also suggest that many cases of life-shortening acts performed without patient consent may in fact be the giving of opioids for pain and symptom management, rather than deliberate euthanasia – despite the reference to the explicit intention to hasten death. “The practice of using life-ending drugs without explicit patient request may thus in reality be more similar to intensiﬁed pain alleviation with a 'double effect' than to non-voluntary termination of life.” However, this is at best confusing, when the study had a separate category for pain medication hastening death. Moreover, the authors go on to say that “decision-making [across all life-shortening decisions] took place without the patient's input in almost 20% of cases.” They do admit that this is unethical, saying “according to the ethical principle of patient autonomy, all possibly life-shortening decisions should be discussed with the patient, unless he or she has explicitly said otherwise.”