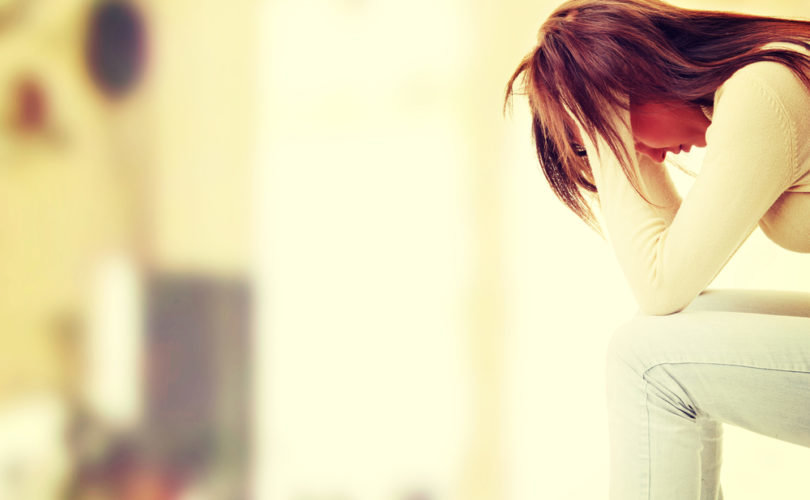 January 25, 2018 (Population Research Institute) – A significant number of American women who have had an abortion have felt subtle, or even substantial, unwanted pressure to abort, a recent study has found.

The study, published recently in the Journal of American Physicians and Surgeons, found that nearly three-quarters (73.8%) of women with a history of abortion surveyed admitted that they experienced at least subtle forms of pressure to terminate their pregnancies.

More than half of the women reported that the perceived pressure was great enough to significantly influence their decision to abort. Of the 987 women surveyed, more than half (58.3%) indicated that they decided to abort in order to make others happy. Nearly 30% of survey respondents admitted that they were afraid that they would lose their partner if they failed to terminate their pregnancy.

Further underlining the fact that choosing abortion is contrary women’s natural instincts, the study also found that two-thirds of the women (66%) knew in their hearts that abortion was wrong. Many women (67.5%) said that the decision to terminate their pregnancies was one of the hardest decisions of their lives.

“These findings are alarming,” says Population Research Institute President Steven Mosher. “They suggest that a substantial number of women in America today who supposedly ‘choose’ abortion are actually being pressured into it by their husbands, boyfriends, or family members.”

“If a man tells a woman in so many words that he will leave her if she does not get an abortion, that woman is being denied the right to freely choose her—and her unborn child’s fate. The threat of abandonment is a very strong inducement to the woman not to carry her child to term.”

The study, led by Priscilla K. Coleman, Professor of Human Development and Family Studies at Bowling Green State University, Ohio, included anonymous surveys from 987 women seeking post-abortion counseling services at crisis pregnancy centers nationwide. While the findings are not representative of all women in the U.S. who have had an abortion, they nevertheless reveal a significant real and widespread problem among many post-abortive women in America.

“Over the years, many women have come to me with stories of how they were—blatantly or subtly—coerced into abortion they did not want and will always regret,” says PRI President Steven Mosher. “Kudos to Professor Coleman for her brilliant study, which suggests that the magnitude of the problem is far greater than any of us suspected. We must all do more to help young women in crisis pregnancies.”

Coleman’s study used both quantitative and qualitative analysis to investigate how women perceive their past abortion(s), providing a profound insight into the perduring difficulties that women have in coping with a past abortion. Survey respondents were asked open-ended questions about what they perceived to be the biggest positives and negatives of their abortion decision.

Most women could not note anything positive about their past abortions. More than half of the respondents (53.6%) indicated no positive response or simply left the question blank. Most of the remaining women in the survey noted that their abortion experience eventually helped them to grow stronger spiritually, providing the impetus for their conversion to the Christian faith or to a deeper faith life. Others noted that it had motivated them to engage in pro-life or crisis pregnancy work.

As far as the negative consequences of their abortion experiences were concerned, many women cited serious symptoms, including symptoms often associated with poor psychological health. Women reported symptoms of depression (14.4%), guilt (14%), shame, regret, self-hatred, feelings of worthlessness, feelings of being unworthy of love, drug or alcohol addiction (9%), low self-esteem, anxiety, and thoughts or attempts of suicide (6.2%).

Pro-abortion activists have long claimed that abortion empowers women to make decisions about their fertility. But the findings of Professor Coleman’s study indicate that rather than feeling “empowered” by their decision to have an abortion, they were in fact pressured into a decision that was not in line with their values and wants. Worse still, the consequences of their abortions have been detrimental to their psychological and emotional health and well-being.

The findings suggest that coercive treatment of women by pressuring them to choose abortion is widespread and deeply ingrained in many communities across the country. It appears that many young women facing an unplanned pregnancy are not receiving adequate support from the people who matter most in their lives—whether they be parents, family members, boyfriends, or peers—to make decisions that are not only in accord with their conscience and values, but also in the best interest of their physical and psychological well-being.

Pro-abortion activists often frame abortion as a women’s rights issue, claiming that abortion access is necessary for women to have control over their fertility. This, they claim, empowers women to prioritize career, education, or lifestyle goals, evidently over the life of their unborn child. Despite claiming to be pro-woman, however, pro-abortion advocates rarely, if ever, mention the importance that remaining abstinent has in freeing women to pursue their life goals without the negative emotional and psychological drawbacks associated with abortion.

A significant number of women cited their partner’s desires as reasons for deciding to undergo abortion. The fact that nearly 30% of women surveyed indicated that they chose abortion to prevent their partners from leaving them is particularly alarming. It is perhaps indicative of wider problems in American culture including the of over-sexualization of modern society, a lack of respect for women, and the breakdown of morality and traditional family structures.

Sadly, it seems that too many men are not willing to respect women enough to make lifestyle decisions in their best interest and are unwilling to take responsibility for the consequences of their own actions, abandoning women to deal with unplanned pregnancies by themselves. Likewise, too many women have abandoned traditional values, giving themselves up without the real commitment that comes with marriage.

“Ignoring these sobering facts, the so-called pro-choice movement continues to treat abortion as a panacea for all of the ills that accompany a hypersexualized society,” Mosher says, “They turn a blind eye to those who not only sexually exploit women but then also coerce women into an abortion that will leave her spirit wounded and in pain.”

Until the life and dignity of each and every person, particularly women and the unborn, are respected and valued, coercive treatment of women who find themselves in unplanned pregnancies will, sadly, continue.