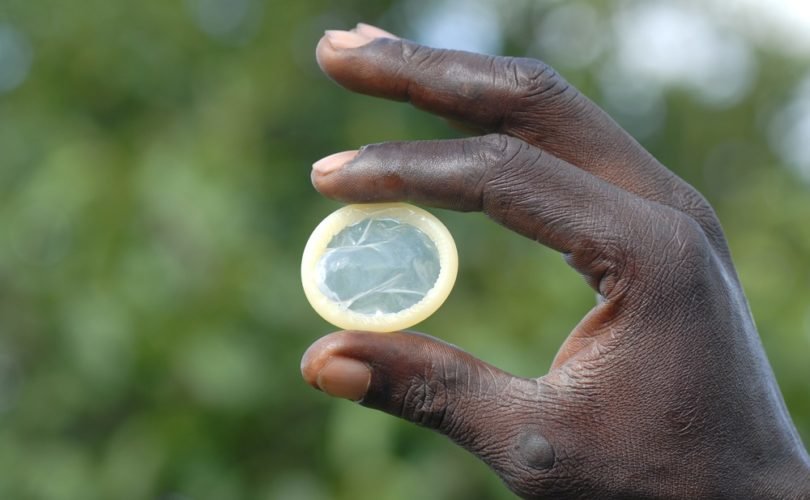 CHICAGO, Illinois, February 18, 2016 (LifeSiteNews) – A study published in the Journal of Adolescent Health concludes that teens who are sexually active but do not use condoms become absentee fathers.

The National Longitudinal Study of Adolescent Health (NLSAH) conducted a twenty-year, nationally representative study of over ten thousand males during the fourteen years from adolescence to adulthood. The major study was recently analyzed by a team mainly from Northwestern University for “reproductive knowledge, attitudes, and beliefs” and their possible correlation with male parenting. The team's conclusions were published as “Adolescent Reproductive Knowledge, Attitudes, and Beliefs, and Future Fatherhood.”

Of the 10,253 males in the NLSAH research, 3,425 became fathers by the end of the study. Of those fathers, 686 did not live with their children, while 2,739 did. Key “reproductive knowledge, attitudes, and beliefs” looked at by the Northwestern team were condom use and lack of concern for impregnating partners.

Of the teens in the study who did not engage in premarital sex, none became absentee fathers.

Media reports about the study say it confirms the wisdom of birth control, but critics note that the actual study questions focus on indifference to fatherhood and pregnancy, not condom use.

Dr. Craig Garfield, associate professor at Northwestern University Feinberg School of Medicine, said their study could help reduce teen pregnancy by encouraging discussions with adolescent boys about using condoms. “We can intervene so these young men don't go on to become teen fathers and are less likely to become non-resident fathers,” Garfield concluded. “That's a role the school system and healthcare workers can play. Together we can help young men think about their futures.”

Critics disagree. “This article exposes the problem of teaching youth that condoms and birth control are a solution to casual sex,” National Abstinence Clearinghouse President Leslee Unruh told LifeSiteNews. “It only makes sense that making dangerous decisions now would lead to poorer decisions later in life.”

“Young men and women should be taught that abstinence until marriage is the best option, because condoms don't protect the heart,” Unruh concluded. “Abstinence teaches much more than waiting until marriage – it teaches sexual integrity, goal setting, self-esteem, happiness, and hope for a better future.”

“The results of this study are unsurprising, for two reasons,” Dr. Michael New, associate professor of economics at Ave Maria University, told LifeSiteNews. “First, teens who are sexually active are more likely to have children out of wedlock – and unmarried fathers are less likely to live with their children. Second, sexually active teens who do not bother to use condoms (or other types of contraception) are exhibiting a high degree of irresponsibility. Teens who are irresponsible in their sexual conduct probably are also likely going to exhibit little responsibility toward either the mothers of their children or their children themselves.”

Ms. Huber concluded, “Reducing the risks of teen sex through condom use is sorely inferior to the practical skills gained in a sexual risk avoidance program. Learning self-regulation habits that are essential to waiting for sex are also important habits necessary to be a engaged and healthy parent.”