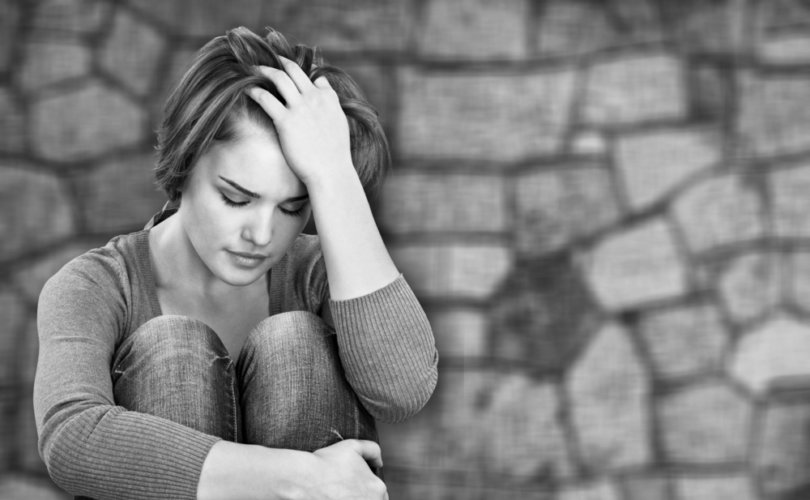 (LifeSiteNews) – Pro-abortion scholarship on post-abortive women is fraught with “serious departures from accepted scientific practices,” a prominent pro-life researcher argues in an extensive review published Friday in the journal Frontiers in Psychology.

“The high volume of one-sided publications has stifled dialogue on potential adverse psychological consequences of this common procedure,” argues Professor Priscilla Coleman of Bowling Green State University’s College of Education & Human Development, and “comprehensive literature comprised of numerous large-scale studies from across the globe has been largely overlooked by scientists and the public, while the Turnaway Study dominates the media, information provided to women, and legal challenges involving abortion restrictions.”

The Turnaway Study is an infamous work conducted by the University of California San Francisco’s (UCSF’s) Advancing New Standards in Reproductive Health (ANSIRH), which for years abortion activists and their allies have cited as proof that the vast majority of women do not regret their abortions, whereas being denied the ability to dispose of their children causes a litany of health and financial woes. The study has been treated as authoritative by the mainstream media despite its methodological problems and biases.

Coleman begins her analysis by reviewing those issues in the Turnaway study, starting by noting that UCSF’s “reproductive health” work was funded in large part by pro-abortion billionaire Warren Buffett for the express purpose of creating an air of “high level of medical certainty” about abortion’s safety and outcomes for women, in direct response to legal precedent that “medical and scientific uncertainty” justifies state legislatures’ “wide discretion” in abortion policies.

“The Turnaway Study investigators do not clearly articulate the sampling plan, the size of the population, or precisely how sites situated in different cities were chosen […]” she continues. “Facilities were identified using the National Abortion Federation membership directory and by referral.”

“The final sample of 516 participants amounts to a miniscule 0.32% of the total abortions performed at the 29 facilities over 3 years if the high end 162,000 figure for the population is used,” Coleman notes. “At 50% (81,000), the percentage only jumps to .64%, and at 10% (16,200), the percentage is 3.18%. The Turnaway Study researchers attempted to make generalized claims about women seeking abortion when the study itself likely did not even consider over 95% of women receiving abortions at the facilities included in the study.”

Coleman explains that “there are many potentially systematic reasons women may not have been screened in or approached that have relevance to the outcome measures. There are also numerous reasons women may themselves have chosen not to participate or dropped out after agreeing to participate. They could have been upset or worried about privacy, because a longitudinal design requires repeated contact with participants. Women whose voices were not represented are logically among those with the most significant mental health complications, because revisiting the experience may have been perceived as too stressful or traumatic (Adler, 1976; Söderberg et al., 1998a). In one of the Turnaway studies led by Rocca et al. (2015), the investigators noted that participants most likely to be retained had among the highest rates of relief at baseline; whereas those with the lowest levels of relief at baseline were most likely to drop out before the 3rd year decision satisfaction measure was administered.”

After identifying several other issues with the Turnaway Study, Coleman moves on to a “close examination of the world literature on this topic,” which differs greatly from the dominant narrative in American media.

The review continues: “Based on their narrative review of 30 journal articles, Bellieni and Buonocore (2013, p. 307) concluded, ‘The studies analyzed here show that abortion is a risk factor for mental illness when compared to childbirth.’ Udzma and Achadi (2019) published an analysis of studies examining factors related to depression in pregnancy and they reported that a maternal history of abortion was a significant factor in four out of the six studies examined. Finally, Espinoza et al. (2020) analyzed results of 35 studies and found that compared to older women, adolescents tended to delay abortion decisions longer and were at higher risk for psychosocial harm.”

“The political implications of science on the psychology of abortion cannot be understated given widespread efforts by legislators to enact evidence-based laws,” Coleman warns. “The process of accurately doing so is clouded by studies like the Turnaway Study, which although published in peer-reviewed journals, are not based on sound scientific methodology.” Yet no less an establishment authority as the American Psychological Association (APA) allows pro-abortion bias to compromise its review of the evidence.

“Journals opening their doors to allow virtually uncontested publication of some of the poorest work in the field, media outlets seizing the information that they believe the public desires, and abortion providers and their advocates using the data in attempts to remove and prevent installation of abortion restrictions: this is the status of mainstream science on the psychology of abortion in our world in 2022 […]” Coleman laments. “Sadly, we are far beyond even a semblance of transformative interrogation on this topic and a reversal will require conscientious and influential individuals in the scientific community to finally stand up and say enough is enough. Women deserve better.”

ANSIRH and other abortion advocates have long decried abortion regret and other negative emotional or mental fallout as “myths,” but as Coleman writes, multiple studies have linked abortion to increased suicide attempts, long-term clinical depression, psychiatric illness requiring hospitalization, and substance abuse. Additionally, groups such as Silent No More and Rachel’s Vineyard compile scores of firsthand accounts of women describing the trauma and heartbreak they endured after their abortions.