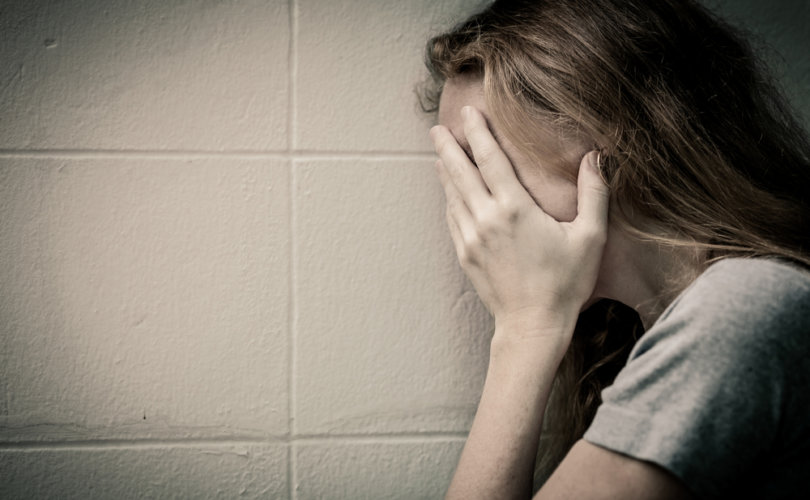 (LifeSiteNews) — A new study from a pro-life support group for post-abortive women found that most women who had a chemical abortion sought or wanted help after killing their preborn baby.

The study comes at a time when the use of chemical or toilet-bowl abortions are expected to increase as states restrict so-called “surgical abortions” and women turn to the internet for abortion drugs.

The Support After Abortion study surveyed more than 14,000 women, including 114 who took abortion drugs, such as RU-486, to abort their baby, and asked them a series of questions.

The researchers found that “24% searched for help after their abortion experiences” while another “39% didn’t seek help, but said they could have benefited from talking to someone.”

“These findings are a marked contrast to studies by Planned Parenthood and other abortion providers that report negative emotional reactions to abortion are extremely rare,” the group noted.

“While some women expressed relief, many were traumatized by medication abortion, an experience they said was far more painful, physically and emotionally, than they had imagined,” the research team wrote. “The study reinforces the need for forthright, transparent information on the impact of medication abortion and access to healing care.”

Of the women surveyed, 34% “reported an adverse change in themselves, including depression, anxiety, substance abuse and thoughts of suicide.”

The study received praise for its design from a leading pro-life expert on polling and academic research.

New, who teaches and studies on research design and social science at CUA, wrote further:

Some research on the psychological impact of abortion receives criticism for relying on volunteer participants who often have strong opinions about either their own abortion experience or the legality of abortion. However, one of the strengths of this particular study was its rigorous research design. It conducted a random sample of over 14,000 women to identify 114 women who obtained chemical abortions. It analyzes a more representative sample of women who obtained chemical abortions than do other studies that rely on volunteers.

“This research would be helpful to both women considering chemical abortions and pro-life groups that counsel post-abortive women,” he added. “Overall, this methodologically rigorous study makes a nice contribution. It provides strong statistical evidence that feelings of regret are common among women who obtain chemical abortions.”

This study of post-abortive women adds to a growing body of literature on the harms of abortion.

“My child is dead and by my own choice,” one participant told the researchers. “I spent years of anger, shame, and grief. It damaged my relationship with my husband, my children, and my God. For 30 years I did not speak of it to anyone but my husband. My grief overwhelmed him and left him powerless and ashamed.”

Numerous studies over the years have connected abortion to a variety of consequences, such as attempted suicide, depression, substance abuse and other psychiatric illnesses.

LifeSiteNews has an archive of stories about people who have publicly shared their regret with abortion. Read some of those stories here.